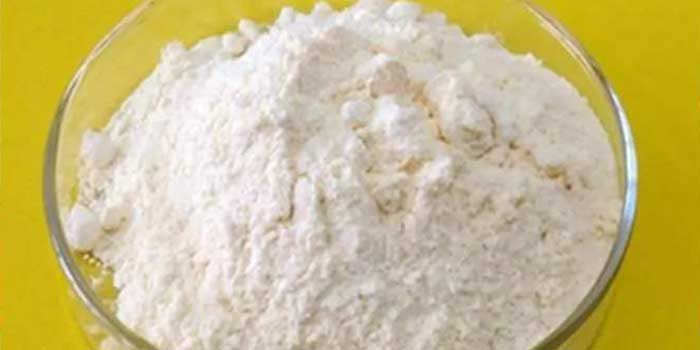 What is Marbofloxacin used for?

Marbofloxacin belongs to the third-generation fluoroquinolones of antibacterial drugs. It has the advantages of broad antibacterial spectrum, long elimination half-life and high bioavailability. The French company Vetoquinol (Weilong) pioneered the development of Marbofloxacin injection (trade name Marbocyl). The British Veterinary Medicine Council (VMD) approved it to be listed in the UK in 1997. It has now been approved in the European Union, New Zealand, Japan and other countries for clinical use.

Marbofloxacin injection is mainly used for the treatment of sows with mastitis, metritis and agalactia syndrome (MMA) and bacterial respiratory infections in pigs and cattle. The content specifications of Marbocyl injection (Marbocyl) developed by the French company Vetoquinol (Weilong) are 10% and 2%, and the content specification of Marbocyl injection is 10% for the treatment of sow mastitis. Mammary syndrome (MMA) and bovine respiratory infections and mastitis caused by coliform are treated by Marbofloxacin injection with a content of 2%.

At present, the European Union has approved the marketing of marbofloxacin injections from many pharmaceutical companies such as Ceva Animal Health Ltd.KRKA and d.d. Pharmaceuticals. Its content specifications, indications, dosage and withdrawal periods are the same as those of France's Vetoquinol (Weilong). The Ministry of Agriculture, Forestry and Fisheries of Japan issued an evaluation report on the food safety impact of Marbofloxacin injection (10%, 2%) in July 2007, and approved that 10%, 2% Marbofloxacin injection in September 2010 (Trade name MarbocyI) can be marketed in Japan for the treatment of pleuropneumonia in pigs and bacterial pneumonia in cattle.

Marbofloxacin is used for the respiratory tract, digestive tract, urinary tract and skin infections of cattle, pigs, dogs and cats caused by sensitive bacteria. It is also effective for cow and goat mastitis and swine mastitis-metritis-agalactia syndrome.

The quinolones once used include ciprofloxacin, sarafloxacin, enrofloxacin, etc. As the Ministry of Agriculture bans lomefloxacin, pefloxacin, ofloxacin, norfloxacin, Enrofloxacin should be banned in the future. At present, national policies restrict veterinary drugs more and more strictly, and Marbofloxacin has prominent advantages as a special drug for animal use. At the same time, to solve the problem of drug resistance, only the development of newer antibacterial drugs will do.

Germs need to evolve, and drugs need to be updated. Marbofloxacin, as a new national second-class drug, has undertaken this task. As a new type of fluoroquinolone antibacterial drug, Marbofloxacin inherits the assuring safety and excellent antibacterial effect of fluoroquinolone drugs without resistance. It is very sensitive to most pathogenic bacteria and has a very low minimum inhibitory concentration (MIC).

The MIC90 for most Enterobacter, Pasteurella multocida, Pseudomonas aeruginosa, Staphylococcus aureus, and Staphylococcus intermedius are 0.08～0.28, 0.04, 0.94, 0.2 and 0.23μg/mL, respectively, which is comparable with enrofloxacin and Ciprofloxacin. The MIC90 for bovine respiratory pathogens such as Pasteurella multocida, Pasteurella hemolyticus, Haemophilus saccharomyces and Mycoplasma were 0.02, 0.17, 0.03 and 0.48μg/mL, respectively. This product is still effective against pathogens resistant to the following drugs such as erythromycin, lincomycin, chloramphenicol, doxycycline, and sulfa drugs.

After oral administration and injection, the absorption is rapid and complete, the plasma protein binding rate is low, the tissue distribution is wide, and it is well distributed in the kidney, liver, lung and skin. Its plasma and tissue concentrations are higher than the MIC for most pathogens. The oral bioavailability of pregnant sows and cats is about 80%, and that of calves is more than 100%.

This product has a large volume of distribution (above 1.3L/kg). Except for the central nervous system, the concentration of all tissues tested is higher than the concentration of the drug in plasma. Part of it is metabolized in the liver into inactive metabolites (N-demethyl MBF and N-oxy MBF). The main route of excretion is through the kidneys, and dogs excrete 30% to 45% of the prototype drug in the urine. The half-life is long. It can reach 14h and 13h for dogs orally and subcutaneously, while the calves (intramuscular injection), broilers (intramuscular injection), sows (orally), cats (orally) are 4.33, 5.26, 5.74 and 10h, respectively. Thus, the effective blood concentration after administration is maintained for a long time.

It is mainly used for vaginitis, dermatitis, bacterial diseases and mycoplasma infections caused by sensitive bacteria in animals, such as colibacillosis, salmonellosis, pasteurosis, actinobacterial pleuropneumonia, breast Inflammation, mycoplasma pneumonia, etc. It is used to treat dog skin and soft tissue infections caused by sensitive bacteria (such as skin pyoderma, folliculitis, furunculosis and cellulitis, etc.), urinary tract infections with or without prostatitis and cat skin and soft tissue infections (such as wounds, abscesses and cellulitis, etc.).

Marbofloxacin is used for the respiratory tract, digestive tract, urinary tract and skin infections of cattle, pigs, dogs and cats caused by sensitive bacteria. It is also effective for bovine and goat mastitis and swine mastitis-metritis-agalactia syndrome. The new third-generation fluoroquinolone antibacterial drug has a unique dual mechanism of action. By inhibiting the growth of DNA helicase and type IV topoisomerase, it has strong tissue permeability against all kinds of bacteria and can quickly kill them.

It has antibacterial effects on the prevention and treatment of epidemic bacterial diseases and mycoplasma infections, as well as gram-negative bacteria, gram-positive bacteria and mycoplasma. Fluoroquinolones have the advantages of broad antibacterial spectrum, strong antibacterial activity, long elimination half-life, wide tissue distribution, good absorption through injection administration, low toxic and side effects, and resistance to drug resistance.

It can remain above the MIC value (minimum inhibitory concentration value) for 24 hours, which is not easy for other fluoroquinolones. It has special effects on infections of the respiratory tract, digestive tract, urinary tract and skin of dogs and cats caused by sensitive bacteria.

Intramuscular injection: One dose per 1kg of body weight, cattle and pig 2mg once a day.

Oral administration: One dose per 1kg body weight of livestock 2mg once a day.

Subcutaneous injection: One dose, 2 mg per 1KG of body weight, for animals and dogs, once a day for 3 days.

After the sow is injected intramuscularly at a dose of 2.0 mg per kilogram of body weight, the absorption is rapid, and the high blood drug concentration can be reached in about 2 hours, and its bioavailability is more than 90%. It can be widely distributed in various tissues (liver, kidney, skin, Muscle, lung, heart, etc.), the drug concentration in the tissue is higher than the plasma drug concentration. Marbofloxacin is slowly eliminated in pigs and is mainly excreted in the active form in urine and feces.

Marbofloxacin is a third-generation fluoroquinolone antibacterial drug, which is mainly used to treat agalactia syndrome in pigs, and infections in the respiratory tract, digestive tract and urinary tract of cattle, dogs, and cats.

BALLYA provides a ballya-marbofloxacin-test to tell you if there are marbofloxacin residues in honey you may eat every day.