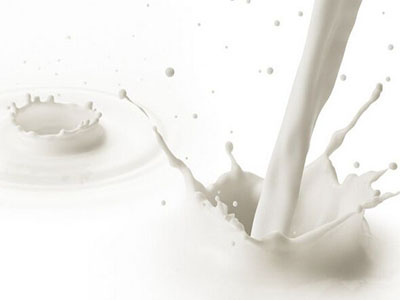 Milk is a very ordinary drink, whether it is children, teenagers, adults or the elderly, who can drink it. In recent years, with the popularity of people, milk has become a hot drink. Everyone began to drink milk one after another. But what exactly do you know about this drink? What are the benefits of drinking milk on our health and whether it will have any effect on our health? All of these should be understood before we drink it.

Nutritional value of Milk
The nutrients content and proportion contained in the milk is close to the nutrition needed by the human body, so the milk is a good choice for the body to supplement the nutrition. According to modern nutritional research, there are about 87 grams of water per 100 grams of milk, 3.3 grams of protein, 4 grams of fat, 5 grams of carbohydrate,120 milligrams of calcium, and further comprises iron, vitamin A, vitamin B, nicotinic acid and vitamin C, which can provide rich nutrition for human body.

Protein
The protein contained in milk is high-quality protein, mainly casein, globulin, milk protein and so on, which contains all the amino acids needed for human growth and development, which is incomparable to other foods. So it is very suitable for teenagers who are growing up or middle-aged and elderly people with serious body nutrition loss to drink. It is of great benefit to replenish the nutrition of the body.

Calcareous
Milk in the proportion of various mineral elements and trace elements is more appropriate and easy to be absorbed by the human body. In particular, it should be pointed out that one of the reasons why milk is popular is that the calcium content in milk is relatively high. And the growth of human bones and teeth can not be separated from the participation of calcium. Therefore, for teenagers who are growing up, climacteric people who are prone to loss of calcium and the elderly are more recommended to drink milk.

Carbohydrate
Milk is rich in carbohydrates, which can provide the human body with the energy needed for daily activities.

Fat
The fat contained in milk is milk fat, which is a kind of high-quality fat. It can be digested and absorbed by the human body, which is beneficial to the absorption of some fatty vitamins.

Milk sugar
Lactose in milk is galactose and lactose, which is the most easily digested and absorbed sugar. But lactose intolerant people are not suitable for drinking milk.

The efficacy and effect of milk
Tranquilize mind
Milk contains a substance that suppresses the nerve center of the human body, which is called cysteine. So when you are upset at night and can't sleep, try drinking a glass of warm milk, which can play a good role in tranquilizing your mind.

Inhibit tumor
Milk contains a substance that destroys free radicals at risk of carcinogenesis in the human body and binds quickly to the cell membrane, making cells in a state of defense against the invasion of cancer substances, and plays a good role in preventing cancer. This substance is called CLA. Besides, the interaction of vitamin A, vitamin B2 and vitamin D in milk can promote the decomposition of carcinogens as soon as possible and discharge them out of the body in time.

Maintain beauty
Women often drink milk or use milk to apply their faces, wash their faces, bathe and so on, which can make their skin fine, smooth and elastic.

Extra-nutrition
Nutrition of milk is more comprehensive. It can be comprehensive supplement nutrition for the body if it drinks regularly, which is very good for health.

Ways to drink milk
Generally speaking, the milk we buy can be drunk directly. If the intestines and stomach are not good enough to drink cold, we can heat the milk properly before drinking it. However, when heating, it is important to note that you only need to boil the milk for a little while, instead of boiling the milk for too long or heating it over and over again, which can lead to the loss of some nutrients in the milk.

On the other hand, do not add sugar to the process of boiling milk. The right thing to do is to heat the milk, pour it into the cup and add sugar, which is better for your health.

The advantages of drinking milk
Calcium supplementation
The content of calcium in milk is quite high. For the population with severe calcium loss in the climacteric period, children in the growth and development period, the elderly with low bone density and so on, are very suitable for drinking milk to supplement calcium.

Promote intelligence development
The zinc, iodine, and lecithin in the milk can promote the development of the brain and has an important effect on the children's intelligence.

Promote sleep
A cup of warm milk before bedtime helps to sleep.

For those women who like beauty, the iron, copper, vitamin A and other ingredients in milk, can make the skin more fine and smooth.

Relieve fatigue
Sulfur, zinc, lecithin in milk can relieve people's fatigue and greatly improve the work efficiency of the brain.

Improve immunity
Proteins, enzyme peptides and hormones in milk can regulate the function of the body, which can improve the immunity of the human body.

The harm and taboos of drinking milk
While drinking milk has so many benefits to the human body, recent studies have found that milk is not the more you drink, the better for you. Sometimes it will have a bad effect on the health of the body. Especially when we're not right with the way drinking milk, it will have a huge negative impact.

Therefore, when drinking such a high-nutrition drink, it is necessary to pay attention to the following points of taboos:

Milk is not the thicker the better.
Some people think that the nutritional value of thick milk is higher, in fact, the so-called thick milk is just a reduction in the proportion of water. If a person with weaker intestines and stomach drinks thick milk, it will cause diarrhea, constipation, loss of appetite and other adverse problems.

Milk cannot be eaten with porridge and so on.
Some people think that eating milk and porridge together can complement each other in nutrition. This approach is incorrect. Vitamin A in milk is destroyed by lipoxygenase in porridge, so it should be eaten separately.

Don't drink milk on an empty stomach.
Some people like to drink milk on an empty stomach in the morning, thinking that it will supplement nutrition for the body, but it's wrong to do this for the body. In the morning, when you drink milk, the protein in the milk is forced to be converted into heat, which is no nourishing effect. The best way is to drink milk at about two hours after the meal so that the nutrients in the milk can be absorbed by the human body to the maximum extent.

The milk can't be drunk with the tea.
If the tea and the milk are to be drunk together, the tannin in the tea leaves will hinder the absorption of calcium in milk. So people must pay attention to not drinking them together.