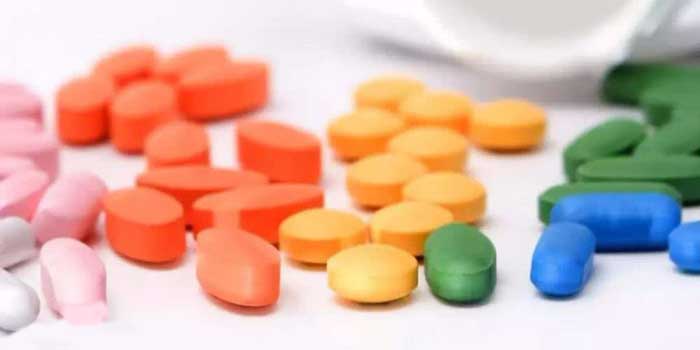 What is the drug trimethoprim used for?

Trimethoprim, TMP for short, is white or off-white crystalline powder which is odorless and bitter. This product is slightly soluble in chloroform, ethanol and acetone, almost insoluble in water, and easily soluble in glacial acetic acid. The product’ melting point is 199～203℃, molecular formula: C14H18N4O3, molecular weight: 290.31800, and absorption coefficient of 198～210.

Trimethoprim is a synthetic broad-spectrum antibacterial agent, used alone for respiratory tract infections, urinary tract infections, intestinal infections and other diseases. It can be used to treat sepsis, meningitis, otitis media, typhoid fever, and Shigellosis caused by sensitive bacteria (Bacillary dysentery), etc. The combination of trimethoprim and sulfa-2,6-dimethoxypyrimidine can also be used to treat malaria resistant to chloroquine.

Trimethoprim has antibacterial activity against most gram-positive and gram-negative bacteria; in addition, trimethoprim also has a certain effect on malaria parasites and certain fungi, such as Nocardia, histoplasma, and yeast. Among the gram-positive bacteria, Streptococcus pneumoniae is sensitive to trimethoprim. Among the gram-negative bacteria, Escherichia coli, Salmonella, Proteus mirabilis, Bacillus pneumoniae, Bacillus dysentery, Bacillus typhi and Bacillus pertussis are sensitive to trimethoprim. Trimethoprim has no antibacterial effect on Pseudomonas aeruginosa, Meningococcus and Alcaligenes.

Trimethoprim is completely absorbed after oral administration, and it can absorb more than 90% of the dose. After oral administration of 0.1g, it will reach the peak blood concentration of about 1mg/ml after 1 to 4 hours. The apparent volume of distribution of trimethoprim is 1.2～2.2L/kg. After the drug is absorbed, it is widely distributed in tissues and body fluids. The concentration in the kidney, liver, spleen, lung, muscle, bronchial secretions, saliva, vaginal secretions, prostate tissue, and prostatic fluid exceeds the blood drug concentration.

The protein binding rate of trimethoprim is 30%～46%. The elimination half-life is about 8～10h, and the half-life of anuria can be extended to 20～50h. The drug is mainly filtered by the glomerulus, and secreted by the renal tubules and excreted in urine. Approximately 50% to 60% of the dose can be excreted in 24 hours, of which 80% to 90% are excreted in the original form of the drug and the rest is excreted in the form of metabolites. The average urine concentration is 90-100 mg/L, and the peak urine concentration is about 200 mg/L. Another small amount of drugs (about 4% of the dose) can be excreted from bile and feces. Trimethoprim can be removed by hemodialysis but not by peritoneal dialysis.

The role of trimethoprim

If bacteria are sensitive to these two drugs alone, the sub-inhibitory concentration of one drug can reduce the MIC of the other drug by more than 4 to 8 times. But the synergistic effect is different in different bacteria or strains. There is a high degree of synergy between Neisseria gonorrhoeae and Proteus. In most cases of Staphylococcus, Streptococcus, Pneumococcus, and Influenza bacillus, the synergy is only 4-8 times. The concentration that produces the greatest synergy is the respective MIC coordination. There are also some strains that are sensitive to both drugs, but do not produce synergistic effects. For example, bacteria are resistant to sulfa drugs and are only sensitive to trimethoprim. Generally speaking, they cannot produce synergy, which is only equivalent to TMP acting alone. If the concentration of sulfa drugs is very high, synergy can occur in vitro.

This is of little clinical significance, because sulfa drugs in large amount is not safe, but it may be beneficial to urinary tract infections due to the high concentration of sulfa drugs in the urine. For example, Pseudomonas aeruginosa is moderately resistant to sulfa drugs and may produce synergistic antibacterial effects when combined with trimethoprim. Domestic research proves that trimethoprim has a synergistic effect on a variety of antibiotics. For example, the synergistic effect of combining with tetracycline on Staphylococcus aureus, Escherichia coli and Pseudomonas aeruginosa is greater than combining with sulfamethoxazole; for resistant Staphylococcus aureus, trimethoprim can enhance the effects of penicillin and neopenicillin Ⅱ and erythromycin; for Pseudomonas aeruginosa, it can enhance the effect of gentamicin and kanamycin.

However, some people think that trimethoprim should not be combined with tetracycline, doxycycline, kanamycin or gentamicin, because there are very few strains that produce synergistic effects. There are foreign reports say that what can cause obvious synergistic effects to trimethoprim include Streptococcus pyogenes, Enterococcus, Proteus, Klebsiella, Escherichia coli and Pseudomonas aeruginosa.

Animal experiments have also confirmed that it can improve the survival rate of infected mice. It can be synergistic for strains resistant to rifampicin or trimethoprim. The usual amount of the two drugs can reach a synergistic level in the patient's body. Sulfonamides and polymyxin have a synergistic effect on negative bacilli. Bacteria that develops drug resistance to trimethoprim during treatment is rarely seen, about 10%. This may be due to the fact that TMP is often used in combination with sulfa drugs, and pathogenic bacteria that are sensitive to the two drugs are not prone to produce resistance. But pathogens that are only sensitive to TMP are prone to develop resistance. It has also been proved in the laboratory that the resistance of negative bacteria to TMP develops rapidly, and with the long-term clinical application, the resistance will increase.

Premature infants and neonates should not use trimethoprim.

A large number of low-priced Indian goods are impacting the market, making China's production face severe challenges. Since 1997, the market price of trimethoprim has been declining. The price per kilogram has gradually fallen from 220 yuan to 88 yuan, dropped by 60%. In recent years, although the prices of chemical raw materials and fuels have risen, the price of trimethoprim is still hovering at a low level.

China's production enterprises have fallen into the predicament of no profit or even loss, and their profits have declined seriously. During this period, many companies stopped production because they could not sustain it. So far, only 3-4 companies in the country are still producing. At the same time, production and exports have also decreased to varying degrees.

In response to India's aggressive posture of trimethoprim, Chinese companies have not escaped. Among them, Shandong Shouguang Fukang Pharmaceutical Co., Ltd. has sprung up in recent years. Its production scale and output have increased sharply year after year. It currently accounts for half of China's trimethoprim production. It also vigorously attacked the international market to resist the impact of Indian products. In recent years, in the international market, trimethoprim products of China and India have launched a fierce market competition. In recent years, the export volume of trimethoprim from India has dropped a lot.

The domestic sales volume of trimethoprim API is 800-900 tons per year, which has declined in recent years: 500-600 tons. At the end of the 20th century, China’s production of compound trimethoprim tablets was 3.2 billion, and now it has reached nearly 4 billion. At present, trimethoprim has been listed as a category A variety of antimicrobial drugs in the "National Basic Medical and Healthcare Drug List", and it is expected that there will still be a broad market space and development potential in China in the future.

In the 21st century, China’s export volume of trimethoprim has increased again, and is currently about 800 tons. The main export companies are Shandong Shouguang Fukang Pharmaceutical Company, Southwest Synthetic Pharmaceutical Factory, Shandong Xinhua Pharmaceutical Factory, etc., but the export prices are low. Southwest Synthetic Pharmaceutical Factory has obtained European COS certificate and American FDA certification for its products. It has a relatively large fixed customer for export and the price is ideal. It is exclusively providing products to some large foreign customers. So far, in the vast majority of third world countries, trimethoprim is still used as a new force in anti-infective drugs, and it is mainly used in veterinary drugs in developed countries. Now the world's annual consumption is nearly 10,000 tons. In recent years, it has been discovered that the combined application of trimethoprim and other antibacterial drugs can also greatly improve the antibacterial effect. With the continuous deepening of research in this area, it is believed that its market development space will be greatly expanded.

Trimethoprim is a sulfonamide sensitizer. By reducing the activity of the bacteria's dihydrofolate reductase, it can inhibit the growth and reproduction of bacteria.

Trimethoprim is a drug with a relatively broad antibacterial spectrum, which can treat most of the diseases caused by Gram-positive bacteria and Gram-negative bacteria infections. In addition, it has a certain therapeutic effect on Plasmodium, certain fungi and yeast infections.

BALLYA provides a trimethoprim test to tell you if there are trimethoprim residues in dairy products you eat every day.