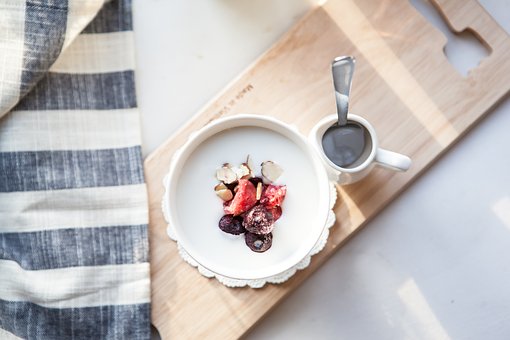 The secret of yogurt

First, I want to tell you: the effects of stimulating immunity, beauty, and beauty are all the promotion of yogurt manufacturers. So far there is no evidence to show that yogurt has the effects of weight loss, beauty, etc...

The effect of yogurt stems from a story in the academic circle. The protagonist of this horrific story is the Russian biologist Metchnikoff.

He won the Nobel Prize in Medicine and Physiology in 1908 and was revered as the "father of human immunology". Most of the knowledge of high school biology books were discovered by him.

In his later years, he became a liar, boasting the effect of yogurt on the gods. Today, everyone is still deceived by him in daily life.

In September 1899, Melnikov claimed that the Bulgarians were the longest-lived people in the world in the French newspaper le matin, In a primitive village in the country, he discovered a mysterious drink called “yogurt”. He also claimed that one in every 20 people in the village had a long-lived rate that was much higher than in other regions.

Finally, he said that the reason why Bulgarians live longer is probably that they love to drink "yogurt". This article causing the curiosity of the French people. The people began to send letters to the newspaper asking how to make yogurt and where to buy it.

Two months later, Metchnikoff published a paper claiming that a very magical substance was found in the yogurt that Bulgarians loved. He called it "Bulgarian lactic acid bacteria", as long as he consumed the "lactic acid bacteria" every day. "Everyone can live to 150 years old.

Metchnikoff knows that lactic acid bacteria is just a very common microorganism. No matter how you eat it, you will not live long, but he still lies because he is not for the health of the people, but for making money.

Facing the remarks of this authoritative scientist, the unsuspecting French people boiled again, and the letter asking “lactic acid bacteria” was filled with the newspaper’s mailbox. The elderly people come on a visit, and all said "I don't want to die", they even kneeling in front of him, praying for him to give a little lactic acid bacteria.

Melnikov's self-directed of malicious marketing has been very effective, and he is very satisfied. The final step in the whole plan is to make money. Before this, he had cooperated with food manufacturers to open four "lactic acid bacteria factories" in Paris, through his guidance to produce solid lactic acid bacteria tablets.

Under the strong expectation of the French people, the lactic acid bacteria tablets were immediately looted as soon as they were listed, and the supply was in short supply. Melnikov was drawn from it and earned a lot of money.

In 1904, he did not stop at all because he had a lot of illegal money. Instead, he launched a bigger round of money scams. He began to make lectures in Europe, and the lectures were sensational, asking him for lactic acid bacteria. The sound is one after another in the venue.

In Paris, June 8, 1904, in the lecture hall of the French Agricultural Society, Machnikov published a speech entitled "Old Age". In this speech, he claims that yogurt is more effective than the longevity of lactic acid tablets, which can make people live to 200 years old and their hair will never turn white. At the end of the speech, he deliberately announced the method of making yogurt to attract investment.

Illustration of the popularity of the yogurt during the frenzy

A month after the ridiculous speech ended, dozens of factories in the country specializing in the production of yogurt, the world yogurt industry was born in a huge scam.

No matter what age group, people start to drink a lot of yogurt for longevity. The selling point of “Drinking can live longer” is really attractive. In just five years, the output of world yogurt boosted from zero to an annual output of 11.8 million gallons.

In 1908, it was the boom of yogurt and lactic acid bacteria scams. In that year, the Royal Swedish Society awarded the Nobel Prize in Physiology and Medicine to Mitchinikov. It seems that the Nobel Prize also make the wrong thing.

In 1908, the Royal Swedish Society awarded the Nobel Prize in Physiology and Medicine to Metchnikoff.

He has become more authoritative in the world, and to increase the sales of yogurt, he describes the efficacy of yogurt more ridiculously. He told the French newspaper, Le Figaro, that the latest research here shows that drinking yogurt can make people easily live to 2000 years old, and even live forever.

This finding immediately triggered another wave in Europe, and the whole country is eager for a long-lived yogurt sales frenzy.

After the yogurt craze swept Europe for eight years, the most ironic thing happened. In 1916, Meccnikov died, and he only lived 71 years old. This is far different from his description of 150, 200, and even 2000. Many people began to doubt the authenticity of his speech.

In 1917, scientists re-investigated and found that Bulgarians did not live long, and Bulgaria did not have a longevity village. The reason why the data is high is that many people in this country have duplicate names. The scheming merchant, Metchnikoff, superimposed the lifespan of these re-named people and fabricated false data with a high lifespan in this way.

After 1917, the European people gradually decrease to drink yogurt, but the yogurt culture was still circulating. The Europeans at that time generally had such a good feeling: although yogurt can not live longer, at least there is still a little benefit.

The first yogurt factory in the United States

However, the reality is always crueler. In 1942, the first yogurt factory appeared in the United States. Between 1942 and 1960, American milk companies adopted a different sales strategy from Europe. Yogurt, as a health care product with weight loss and whitening, became popular in the United States and attracted the attention of the US Food and Drug Administration.

In 1960, the FDA conducted a rigorous scientific analysis of yogurt and finally found that yogurt and lactic acid bacteria do not have the effects of weight loss, whitening, immunity, anti-aging, etc., the nutritional value is limited, fat and sugar contained in high-fat yogurt Instead, it will increase fat.

Therefore, the FDA ordered that from 1962 onward, no advertisements for promoting the health benefits of yogurt should be allowed in the United States.

At the beginning of the 21st century, food manufacturers began to add a kind of microorganism called "probiotic" to yogurt. "Probiotics" is a broad concept. Bifidobacteria and Lactobacillus acidophilus are probiotics. However, it is said that the benefits of these probiotics have never been proven to be effective. Scientists are still in the research stage even if research The success of these scientific achievements is still a long way from being put into production.

In September 2009, the research institute of the University of California conducted a scientific evaluation of the efficacy of yogurt and recommended that the people: "Do not eat yogurt for health reasons." A month later, the European Food Safety Authority concluded that hundreds of so-called "probiotics" on the market "No one can improve gut health or immunity, and then ordered all dairy companies in Europe to stop claiming that it has this effect."

In the same year, the effect of yogurt under French Danone on probiotics deceived consumers and was awarded $35 million in compensation and revised the slogan.

So let's summarize the knowledge points:

2. The United States banned all publicity about the health benefits of yogurt as early as 50 years ago.