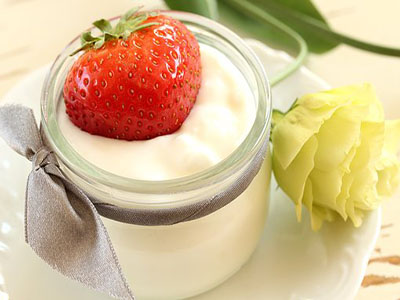 Yogurt is a health food that consumers are more recognized. But most people are worried about the products at the supermarket, so they will make yogurt by yogurt machine at home.

In general, the security homemade food is not as good as the regular production of the product. So how is the homemade yogurt? The yogurts sold online are various, so how should we choose?

How did the yogurt come?

The process for producing yogurt is as follows: the raw milk collected from the pasture is subjected to simple filtration, homogenization and sterilization treatment, and the lactic acid bacteria for fermentation are put into a state close to aseptic. After a period of fermentation, the mixture is cooled and left for a period to form a solidified yogurt, and other ingredients such as pulp may be added after the fermentation is completed. If the heat is sterilized again after the fermentation is completed, it is a normal temperature yogurt.

The strain is very important

The most important thing for making yogurt is a strain. Although there are many strains of yogurt, the most commonly used strains are Lactobacillus bulgaricus and Streptococcus thermophilus. Look at the ingredients list of yogurt products on the market.

Yogurt sold online often contain a variety of strains, and there are more than ten species at most. Are the more species the better?

This is not true. Merchants are only doing high-priced gimmicks. Although some fermenting agents have added a variety of "probiotics", there is a competition between different strains, and most probiotics in the fermentation process can not help but die. Secondly, the simultaneous fermentation of a variety of strains does not make the yogurt "nutrition more balanced", and the impact on the flavor of the yogurt is also very limited. Therefore, it is sufficient to choose a starter with Lactobacillus bulgaricus and Streptococcus thermophilus.

Yogurt is typical fermented food. Due to the presence of dominant bacteria (lactic acid bacteria), other microorganisms are difficult to grow and reproduce, so safety is quite high.

However, if the lactic acid bacteria do not have a firm foothold in the initial stage of fermentation, mixed with bacteria, it may lead to failure of yogurt fermentation, and even food safety problems. Both pasteurized milk and room temperature milk are sterilized, that is, the milk can be fermented with the milk powder, but the container should be clean.

The real problem is that consumers are reluctant to spend money to buy strains and use leftover yogurt as a “drug primer”. This practice is called “inoculation” or “passage” in the laboratory. Since the family is not a sterile environment, this process is susceptible to contamination by bacteria, and there are not many live lactic acid bacteria in the leftover yogurt, which brings opportunities for the reproduction of the bacteria. Besides, the lactic acid bacteria may be mutated during the passage, resulting in a change in flavor and taste, and even a decrease in fermentation performance.