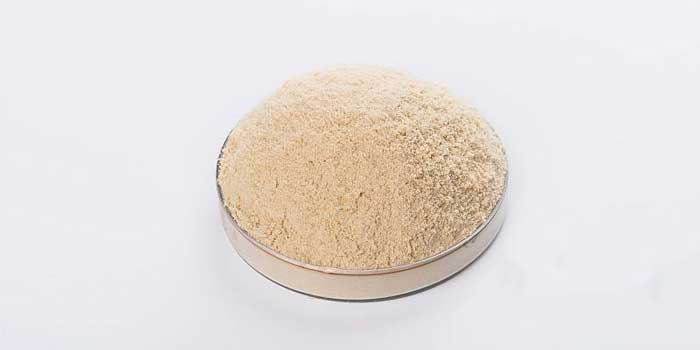 Nitrofuran drugs are broad-spectrum antibiotics that can kill most gram-positive and gram-negative bacteria, fungi, protozoa and other pathogens. They act on the microbial enzyme system, inhibit acetyl-CoA, interfere with the metabolism of microbial carbohydrates, and play a bacteriostatic effect. Nitrofurans have been widely used in livestock, poultry and aquaculture industries to treat enteritis, scabies, red fin disease, ulcer disease caused by E. coli or Salmonella.

Furaltadone have a broad antibacterial spectrum, and have antibacterial effects on most Gram-positive and negative bacteria, such as Staphylococcus aureus, Escherichia coli, Streptococcus pyogenes, etc. Furaltadone is not easily absorbed in the intestines after oral administration, so it is mainly used for intestinal infections, and can also be used for the treatment of coccidiosis and turkey blackhead. The commonly used furan drugs are mainly furazolidone preparations.

Coccidiosis is a parasitic disease that damages the intestines of poultry. Coccidiosis is a disease feared by many commercial poultry farmers in the United States. Tolls more than 20% are very common. Coccidiosis is a parasitic disease that can cause severe loss of poultry meat and egg production. Parasites multiply in the small intestine and cause tissue damage, reduce feed intake and nutrient absorption rate in feed, dehydration and blood loss. Coccidiosis is caused by a single-celled parasite Eimeria. The life cycle of Eimeria is approximately 4-7 days. Eimeria's life begins when the active oocysts are eaten by the chicken. An "oocyst" is a capsule with a thick protective layer to protect the parasites. They are "spores" or non-infectious, but if the humidity, temperature, or oxygen are right, they start to grow. After the chicken eats the oocysts, the coccidia implants in the intestinal tract, and then multiplies among the intestinal cells, damaging the tissue.

Chicken blackhead is also known as cecal hepatitis. Its pathogen is a small protozoan- Turkey tissue trichomonas. It has weak flagella that parasitizes in the cecum and liver of chickens and can be excreted with intestinal contents. Chicks are highly susceptible. Adult chickens can also be infected, most of which are recessive infections that can spread and carry pathogens. The incubation period is 8-20 days. Sick chickens are lack of energy with poor appetite, loose feathers, drooping wings, lethargy, diarrhea, and yellowish or light green stools. The skin of the sick chicken's head is dark blue and purple, so it is called blackhead. If not treated in time, it will die in about 10 days.

On December 27, 2019, furaltadone was included in the list of drugs and other compounds banned for use in food animals.

Nitrofuran spectral antibiotics (furaltadone, furazolidone, nitrofurantoin, nitrofurazone) mainly appear in animal foods. Prototype nitrofuran drugs metabolize rapidly in organisms, and their metabolites are AOZ, AMOZ, AHD, and SEM respectively, which are combined with proteins and stable. Therefore, the detection of metabolites is often used to reflect the residual situation of nitrofuran drugs.

They have a malignant impact on human health and are carcinogenic. Many countries including the United States, Canada and the European Union have banned their use in food. These countries have bans on all imported foods containing nitrofuran residues. For the safety of humans and animals, it is necessary to conduct antibiotic residue testing on water sources and food (such as meat).

The detection of furan drugs itself is difficult, because these drugs will be metabolized quickly after ingestion. But their metabolites will exist in the tissues for a long time. AMOZ is a metabolite of furaltadone, which is not easily decomposed in cooking, and can be released from tissues under mild acid conditions, so it can be tested. Furaltadone is not classified as a veterinary drug but only a chemical substance, but it is actually used in large quantities and hard to be regulated.

Furaltadone is a broad-spectrum antibiotic with a good effect on intestinal infections, and is mainly used for poultry and animal diseases. However, furaltadone is so toxic that has been banned by the state for the treatment of food animals.

BALLYA provides a ballya-furaltadone-test to tell you if there are furaltadone residues in chicken and honey.