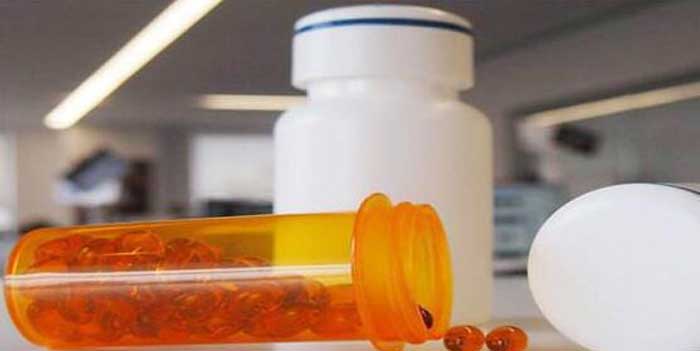 Is nitrofurantoin a good antibiotic?

Nitrofurantoin is a yellow crystalline powder, odorless, bitter, and darker when exposed to light, belonging to furan antibiotics like furaltadone. It can be dissolved in dimethylformamide, slightly soluble in acetone, very slightly soluble in ethanol, and almost insoluble in water or chloroform. It is mainly used for urinary system infections caused by sensitive bacteria. It can be made from hydrazine hydrate and urea into aminohydantoin, and then condensed with nitrofuran diethyl ester.

It can be used in organic synthesis and biochemical research. Nitrofurantoin is an excellent antibacterial drug with a broad antibacterial spectrum. After oral administration, it is absorbed quickly and completely, and excreted quickly. The excretion in urine can reach 40-50%. It is often used to treat urinary tract infection caused by various sensitive bacteria. It has an effect on both Gram-negative and positive bacteria.

The mechanism of action of nitrofurantonia is not yet fully understood, and it may be related to the interference of bacterial enzymes, leading to bacterial metabolic disorders. Depending on the concentration, nitrofurantoin can have antibacterial or bactericidal effects.

Nitrofurantoin can also enter the fetal circulation via the placenta. The protein binding rate is 60%, part of which is inactivated by various tissues (including liver) in the body, and T1/2 is 0.3 to 1 hour. Glomerular filtration is the main excretion route, and a small amount is secreted and reabsorbed from the renal tubules. 30-40% nitrofurantoin is excreted quickly in the urine in its original form, and the excretion of large crystals is better than that of steamed bread.

In Finland and Sweden, this reaction accounts for 40-85% of the adverse reactions of nitrofurantoin. It is mainly seen in women, especially people between 40 and 50 years old, and is rare in children. This reaction has nothing to do with dose. When the first medication is used for 1 to 2 weeks and sensitization happens, symptoms will occur within 2 to 10 hours after medication, such as acute and severe dyspnea, tachycardia, dry cough, high fever (often accompanied by chills), cyanosis, chest pain, and occasional joint pain, back pain or headache, vomiting, skin rash, collapse, and anaphylactic shock may occur. In the lungs, rough crepitus or small moist rales are seen at the bottom of the lungs.

Since the 1960s, hundreds of cases of polyneuropathy have been reported. The mechanism is toxic and is related to dose, tissue concentration and renal function. Symptoms first appeared 3 days after medication (usually 9 to 45 days).

Neuropathy mainly affects the extremities, starting from the peripheral, and the most serious is the distal side. The initial manifestation is loss of sensation, often accompanied by severe muscle atrophy. It can be fully or partially recovered after stopping the drug. But severe lesions are irreversible. Recovery from loss of movement is slower than felt, and it is not complete. The symptoms of some patients occurred after the end of a course of treatment, which is inconsistent with some reports that the symptoms no longer exist after stopping the drug. Posterior optic neuritis can also occur. At the same time, irritability, resoluteness or even mental symptoms occur, but they are rare.

Children can also have multiple neuropathy. Nerve damage is degeneration of myelin sheath of nerves and nerve roots, and corresponding degeneration of anterior horn cells and muscle fibers. The cause of the disease is still unknown, but it is considered to be the insufficiency of glutathione reductase. Even healthy people, using this product every day for 2 weeks can also cause significant extension of motor nerve conduction time. Early detection of paresthesia symptoms, timely withdrawal and treatment, can basically prevent the occurrence of serious lesions.

Gastrointestinal symptoms are the most common adverse reaction of this drug, but it is often harmless and related to the dose. Among the 737 patients treated with this drug, 38 had nausea and loss of appetite, and 28 had vomiting. The daily dosage of patients is below 4mg/kg, the incidence of adverse reactions is 1.6%, if it is above 7mg/kg, it is 23.6%. Recently reported 8917 cases of acute and 1555 cases of chronic urinary tract infections, after treatment with this product, 3.8% of patients need to stop medication due to gastrointestinal adverse reactions. Abdominal pain, diarrhea and stomach bleeding are rare.

Hepatotoxicity caused by this product is rare. Bile-accumulating hepatitis often occurs with jaundice. In the first few days of jaundice, fever and rash are often seen, and eosinophilia is seen. Some patients use this medicine again, and jaundice may appear again. The clinical symptoms improved after drug withdrawal, but the histological changes lasted longer. About 30 cases of chronic active hepatitis causing jaundice (or no jaundice) have been reported, and their aminotransferase, lactate dehydrogenase, and clonal gamma globulin increased.

Individual cases and even children can develop megaloblastic anemia, which is caused by the disorder of folate metabolism. A few cases have hemoglobinemia but no hemolytic anemia. One case of severe bleeding disease has been reported, accompanied by coagulation factor II and VII deficiency, which may be caused by liver damage caused by this drug.

Allergic skin reactions are less common, about 1.9% have been reported, and often occur simultaneously with other reactions such as drug fever, lung or liver reactions. They have itching, papules, maculopapular rash, urticaria or angioedema. The exudative erythema multiforme or Lyell's syndrome is rare.

About one-third of male patients who take large doses have transient sperm cell reduction, which is due to the cessation of sperm maturation. Other scholars have found that the therapeutic dose of this medicine can reduce the number of sperm, sperm movement and ejaculation.

Nitrofurantoin is not only cheap, but also effective. Nitrofurantoin has a good effect on urinary system infection and nephrotic syndrome. But you need to consider the toxicity of nitrofurantoin and follow the doctor's instructions and recommendations.

BALLYA provides a ballya-nitrofurantoin-test to tell you if there are nitrofurantoin residues in chicken and honey.