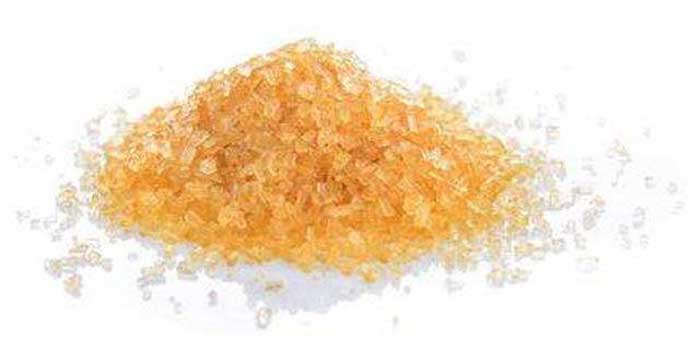 Is furazolidone safe for infants?

Furazolidone is a nitrofuran antibiotic that can be used to treat gastrointestinal diseases such as dysentery, enteritis and gastric ulcer caused by bacteria and protozoa. Furazolidone is a broad-spectrum antibacterial drug, which has an inhibitory effect on common gram-negative and positive bacteria.

The Ministry of Agriculture of the People's Republic of China lists furazolidone as a banned drug and must not be detected in animal food. The FDA also banned the use of nitrofurans (including furazolidone) in animal foods in 2002. The State Food and Drug Administration issued an announcement on February 15, 2019 that due to the serious adverse reactions of furazolidone, it decided to stop its production, sales and use of furazolidone compound preparations in China from now on, and the listed drugs will be recalled by manufacturers before the end of March 2019. The furazolidone single preparation was not affected.

Antibacterial drug, yellow powder, almost odorless, with little solubility in water. It is generally prepared by the condensation reaction of aminoxazolone and nitrofurfural oxime. It has a strong inhibitory and killing effect on Escherichia coli, Bacillus anthracis, typhoid bacillus, paratyphoid bacillus, dysentery bacillus, etc. At a certain concentration, it has an inhibitory effect on Trichomonas vaginalis. It is not easily absorbed in the intestines after oral administration, so it is mainly used for dysentery and enteritis.

Furazolidone has a broad-spectrum antibacterial effect and is effective against common Gram-negative and positive bacteria. However, it is difficult to absorb after oral administration, so the concentration of the drug in the intestine is high. It is clinically suitable for various intestinal infections, such as enteritis and diarrhea. It has a certain control effect on piglet pullorum, piglet paratyphoid, avian pullorum, avian paratyphoid, appendic hepatitis and coccidiosis in chickens and turkeys.

Furazolidone is a nitrofuran antibacterial drug. It has a certain antibacterial effect on gram-positive and negative bacteria, including Salmonella, Shigella, Escherichia coli, Klebsiella pneumoniae, Enterobacter, Staphylococcus aureus, Enterococcus faecalis, Streptococcus pyogenes, and Cholera Vibrio, Campylobacter, Bacteroides, etc., and are also active against Trichomonas and Giardia at a certain concentration. Its mechanism of action is to interfere with bacterial oxidoreductase and block the normal metabolism of bacteria.

Furazolidone only absorbs 5% orally, and 1g for adults, the blood concentration is 1.7～3.3 mg/L, but high drug concentration is maintained in the intestine. Part of the absorbed medicine is excreted with urine.

It is mainly used for bacillary dysentery, enteritis and cholera caused by sensitive bacteria. It can also be used for typhoid fever, paratyphoid fever, giardiasis, trichomoniasis, etc. It is used in combination with antacids and other drugs to treat gastritis caused by Helicobacter pylori.

Furazolidone is a fungicide with a broad antibacterial spectrum. The most sensitive bacteria are Escherichia coli, Bacillus anthracis, Paratyphi, Shigella, Pneumoniae, and Typhoid bacteria are also sensitive to it.

Studies have found that furazolidone can be used for the treatment of alcohol dependence. The mechanism may be to make drinking a punitive experience, that is, aversion therapy. But the effect is not as good as venlafaxine, and the adverse reactions are also greater than venlafaxine.

Orally, 0.1g/time for adults, 3 to 4 times/day; for children, 5 mg to 10 mg/kg daily, divided into 4 times. Gastrointestinal reactions such as nausea and vomiting are common, and sometimes allergic reactions such as urticaria, drug fever and asthma. Furazolidone can also cause polyneuritis.

Piglet yellow scour is also called early-onset colibacillosis, which is an acute and fatal infectious disease of newborn piglets caused by a certain serotype of E. coli. The main symptoms are characterized by discharge of yellow, loose stools and acute death. Necropsy showed changes in enteritis and sepsis, and some had no obvious lesions. Most of these strains can form enterotoxins, which can cause illness and death in piglets. The disease is mainly found in piglets within a few hours after birth to 5 days of age, and it is most common at the age of 1-3 days. Piglets older than one week rarely have the disease. Fat pigs, adult pigs do not have the disease; in the farrowing period, many litters of piglets get sick, and the incidence of piglets per litter is up to 100%; the incidence of piglets born from first-parity sows is the highest, and death rate is also high.

Excessive use of furazolidone may cause gastrointestinal reactions (such as nausea, vomiting, anorexia, diarrhea, generally mild); hemolytic anemia, rash, drug fever and other allergic reactions; polyneuritis; newborns and G-6- PH deficiency can cause hemolytic anemia.

If excessive or long-term continuous use of the drug is given, it can cause animal poisoning and death. It can cause irreversible damage to the central nervous system, and can cause hemolytic liver necrosis and other diseases in the human body. As early as 2002, the Ministry of Agriculture listed it as a banned veterinary drug, and it is strictly forbidden to use it in any food animal. However, some farmers still use it as an efficacious medicine for treating aquatic gastrointestinal diseases in pursuit of economic benefits.

Studies have also shown that long-term or high-dose furazolidone has varying degrees of toxic and side effects on animal liver, kidney, heart, hypothalamus and reproductive system.

Furazolidone can cause irreversible damage to the central nervous system, and long-term use may cause fatal diseases such as hemolytic liver necrosis. For some patients, it can also induce severe skin reactions, such as serum sickness-like urticaria. With the increase of medication time and dosage, furazolidone is prone to cause irreversible neuritis.

Can furazolidone still be used?

First of all, furazolidone can be used, but you must pay attention to its indication that it is only used for difficult to be eradicated Helicobacter pylori infection. The State Food and Drug Administration issued an announcement that four furazolidone-containing compound preparations, including Guhaisheng Tablets, are completely banned.

The announcement showed that the banned furazolidone-containing compound preparations involved four types, namely, compound Xuedan furazolidone capsules, furanomatrine berberine tablets, two-dimensional furazolidone tablets, and Guhaisheng tablets. Compound Xuedan furazolidone capsules are used to treat constipation. Furan Sophora berberine tablets are antibacterial and anti-inflammatory drugs for acute bacillary dysentery and enteritis. Two-dimensional furazolidone tablets are mainly used for duodenal ulcer, gastric ulcer, and chronic gastritis. Guhaisheng tablets are used for gastric distension and pain caused by spleen deficiency, poor appetite and body fatigue, belching acid and peptic ulcer. The State Food and Drug Administration requires that the manufacturer responsible for the recall of the furazolidone-containing compound preparations that have been on the market. The recall response will be completed before March 31, 2019. The recalled products will be supervised and destroyed by the drug regulatory authority.

BALLYA provides a ballya-furazolidone-test to tell you if there are furazolidone residues in chicken and honey.