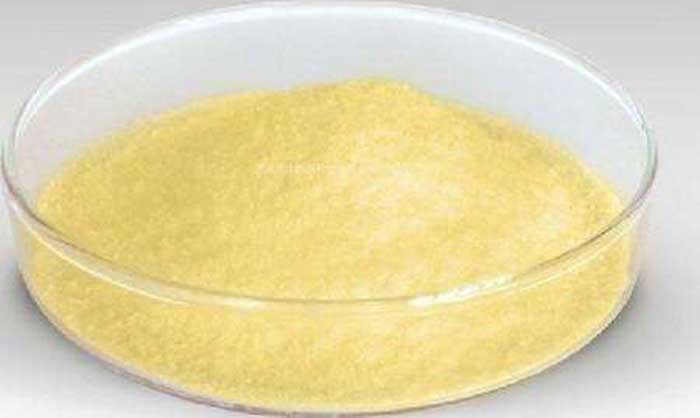 How do I use nitrofurazone?

Nitrofurazone is a kind of medicine, it is lemon yellow fine crystalline powder; it is odorless and bitter. It is only used clinically as a disinfectant and antiseptic, externally used to treat wounds, burns, suppurative dermatitis, otitis media, dacryocystitis, vaginitis, bladder irrigation, bedsores, etc.

On October 27, 2017, the list of carcinogens published by the International Agency for Research on Cancer of the World Health Organization was preliminarily compiled and referenced. Nitrofurazone is in the category 3 carcinogens. On December 27, 2019, furacin was included in the list of drugs and other compounds banned in food animals.

Clinically, it is only used as a disinfectant and antiseptic for skin and mucous membrane infections, such as suppurative otitis media, suppurative dermatitis, acute and chronic rhinitis, burns, ulcers, etc. There is almost no irritation to the tissue.

Lemon yellow fine crystalline powder, odorless, bitter. It is sensitive to light, and the color gradually becomes darker under sunlight. It is slightly soluble in water and ethanol, and easily soluble in organic solvents with greater polarity. After being dissolved in alkaline solution, the color gradually turns to dark brown. The pH of saturated aqueous solution is 5.5-7.5. Melting point: 236-240 °C.

Furacin has a broad antibacterial spectrum, and has antibacterial effect on a variety of Gram-positive and negative bacteria, and also has an effect on anaerobic bacteria. It is not effective against fungi and molds, but it is still quite effective against bacterial infections caused by molds. The bactericidal concentration for sensitive bacteria is 13-20μg/mL, and the inhibitory concentration is 5-10μg/mL.

Nitrofurazone solution has disinfection and antiseptic effects, and is mainly used clinically to disinfect skin, mucous membranes and cavity. Nitrofurazone solution is a topical antibacterial drug. It can be used to wash and wet the affected area, or to wash the cavity, or for ear drops and nose drops. The commonly used specification is 500ml per bottle with a concentration of 0.02%.

Nitrofurazone solution interferes with the bacterial oxidase system to exert antibacterial and bactericidal effects. It is used for infectious diseases of the ear, nose or skin caused by a variety of gram-positive bacteria and gram-negative bacteria. It also has a certain effect on infections caused by anaerobic bacteria. It can only be used externally, not orally. Oral administration is toxic.

Nitrofurazone is an antiviral drug, suitable for the treatment of otitis media, vaginitis and bedsores and other diseases. It is generally applied externally and can be wiped on the wound immediately, but you must wipe the wound first before applying solution. Nitrofurazone is not harmful to the skin, but people with skin allergies cannot use it. Everyone needs to understand the common adverse reactions of nitrofurazone.

Local topical application: 0.01%～0.02% solution is used to rinse or wet the wound surface. 0.2%～1% ointment coating. The compound nitrofurazone nasal drops contains 0.02% of nitrofurazone and 1% of ephedrine hydrochloride used for nasal drops. The gargle can be 0.001% to 0.005% solution.

The main role of nitrofurazone is the oxidase system to play the role of bacteriostasis or sterilization and affect the sugar metabolism process of bacteria. Nitrofurazone is bright yellow and crystalline powder with no odor. It will gradually become dark yellow under sunlight. It is slightly soluble in ethanol and water. After being dissolved in alkaline solution, the color will turn dark orange. The pH of saturated aqueous solution is 5.5-7.5.

It mainly inhibits the growth of general bacteria on the surface of the fish. It can sterilize at high concentrations. External washing to treat surface infections and skin diseases has obvious effects. After using yellow powder, the number of bacteria will be greatly reduced.

Nitrofurazone’s effect is mainly based on the method of medication. There are two types, one is to feed with mixed feed, and the other is to treat the external injury of the fish, which is used to apply to the affected area of the fish. The dosage of nitrofurazone: Bathing fish body with nitrofurazone at a concentration of 1/50,000 for 10 minutes can prevent red skin, rotten gills, enteritis, etc. Use 1 to 2 grams per hundred catties of fish to make bait and feed it every half month for a course of treatment, and every course of treatment for 3 days can prevent enteritis.

There are also some adverse reactions in clinical application of nitrofurazone. The gastrointestinal reactions dominated by nausea and vomiting account for 51%, and nervous system reactions are rare; for special groups, it can also cause hypersensitivity reactions.

NItrofurazone is highly toxic, and oral administration can cause polyneuritis, myelopathy (mainly damage the posterior cord and lateral cord of the spinal cord), toxic psychosis, etc., so it should not be taken internally.

Long-term or high-dose application of nitrofuran drugs can easily cause toxic reactions, and nitrofurazone is the strongest. In the acute toxicology experiment, the mice showed symptoms of anorexia, growth inhibition, irritation, seizures, tremor, and respiratory failure in severe cases. Sperm disorders in rats with oral nitrofurazone, resulting in testicular atrophy, proliferation of interstitial cells, seminal vesicles and adrenal glands. Long-term low-dose administration of nitrofurazone does not affect the food intake and weight of the mice. Female mice develop breast tumors, ovarian atrophy, hyperplasia and tumor formation.

Later, it was found that the plasma levels of prolactin and progesterone in the nitrofurazone treatment group were significantly increased. It is believed that nitrofurazone, similar to other monoamine oxidase inhibitors or dopamine blockers, can directly act on the hypothalamus and affect the secretion of hormones.

The increase of prolactin and progesterone concentration in plasma is the main factor of breast tumor growth and carcinogenesis in female mice. In addition to some of the above-mentioned side effects, it can also cause allergic reactions for special groups. When you rinse your mouth with furancilin solution, hypersensitivity reactions may occur, manifested by skin cramps, lumps and papules all over the body.

Furacilin is a synthetic antibacterial drug that can treat livestock diseases. It was widely used in animal husbandry and aquaculture a few years ago. Later studies found that the residues of "nitrofurazone, furazolidone" and their metabolites in animal-derived foods can be passed to humans through the food chain, and long-term intake can cause various diseases and side effects such as carcinogenic and teratogenic to the human body.

The United States, Australia, Canada, Japan, Singapore, the European Union, etc. have explicitly banned the use of such drugs in the food industry, and strictly implemented the detection of nitrofuran residues in aquatic products. Nitrofurazone is listed as a banned drug in China. It was included in the first batch of "Catalogue for Repeal of Local Standards for Veterinary Drugs" (Announcement No. 560 of the Ministry of Agriculture).

4. Why is nitrofurazone banned?

A. Nitrofurazone has strong side effects and can easily cause poultry poisoning

Furan drugs can inhibit the hematopoietic function of the bone marrow, reduce the formation of liver protein and glycogen, and destroy the excretion function of the kidney. After long-term large-scale use, it can cause toxic liver dystrophy and significantly prolong blood clotting time.

Residues of furan metabolites in animal-derived foods can be passed to humans through the food chain. Long-term intake can cause various diseases and cause carcinogenesis and teratogenic side effects.

Nitrofurazone, is one of furan antibiotics(including furaltadone, furazolidone, nitrofurantoin), which is mainly used clinically for disinfection and antiseptic. However, nitrofurazone is a highly toxic antibiotic of furan drugs. Therefore, China has banned the application of nitrofurazone on food animals.