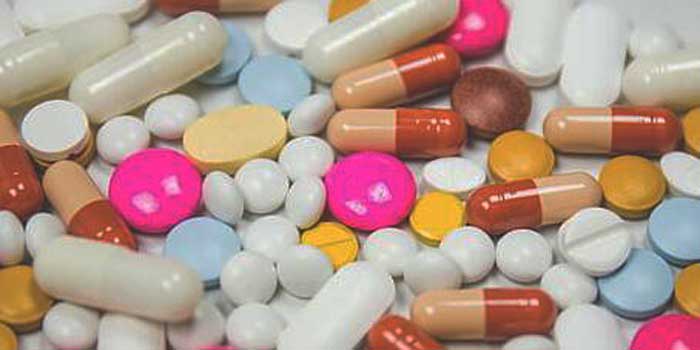 Is norfloxacin good for stomach infection?

Norfloxacin is the third-generation quinolone antibacterial drugs that can hinder the action of DNA gyrase of pathogenic bacteria in the digestive tract and have an inhibitory effect on bacteria. It is a commonly used drug for the treatment of enteritis and dysentery. However, this medicine has a delaying effect on the bone formation of minors and will affect their development, so minors are not allowed to take it. It is suitable for respiratory and urinary tract infections, gonorrhea and prostatitis caused by sensitive bacteria.

Oral absorption on an empty stomach is rapid but incomplete, only about 30%-40% of the dose can be absorbed; widely distributed in various tissues and body fluids, such as liver, kidney, lung, prostate, testis, uterus, bile, sputum, blisters, blood and urine, etc., but not seen in Central Nervous System.

The serum protein binding rate is 10% to 15%, the blood elimination half-life (t1/2) is 3 to 4 hours, and it can be prolonged to 6 to 9 hours when renal function declines. A single oral dose of 400mg and 800mg of the product, the plasma concentration reaches its peak value after 1 to 2 hours, and the peak plasma concentration (Cmax) is 1.4-1.6mg/L and 2.5mg/L respectively. The kidneys (glomerular filtration and renal tubular secretion) and hepatobiliary system are the main excretion pathways. 26%～32% are excreted in the urine in the original form and less than 10% are excreted in the form of metabolites, and bile and feces account for 28 %～30%.

Urine pH affects the solubility of norfloxacin. Urine dissolves least at pH 7.5, and increases at other pH value.

It has a good curative effect on gastroenteritis and bacillary dysentery caused by pathogenic and toxic Escherichia coli, Salmonella, etc., and is widely used in clinical practice and is well known to people. Norfloxacin is an anti-inflammatory drug, a broad-spectrum antibiotic.

The drug has high antibacterial activity against aerobic gram-negative bacilli, mainly against Citrobacter, Enterobacter aerogenes and other Enterobacter species, Escherichia coli, Klebsiella, Proteus, Salmonella, and Chi Yersinia spp. and is mainly used for infectious diseases such as urinary tract, intestinal tract, gynecology, otolaryngology, surgery and dermatology caused by sensitive bacteria with good anti-inflammatory effect. Do not use it for young children, pregnant women and those with severe liver and kidney dysfunction. The adverse reactions include gastrointestinal, central nervous system, allergies and other symptoms.

On November 21, the State Food and Drug Administration issued the 58th "Adverse Drug Reaction Information Bulletin" to remind everyone to pay attention to the serious adverse reactions of fluoroquinolone antibiotics. Relevant data indicate that fluoroquinolone drugs have neuromuscular blocking activity, which may aggravate the symptoms of myasthenia in patients with myasthenia gravis; it can cause peripheral neuropathy, and peripheral neuropathy can occur quickly within a few days after medication, and may be irreversible; some fluoroquinolone drugs may affect the blood sugar control level of diabetic patients, and moxifloxacin has the highest risk.

Fluoroquinolones are a class of broad-spectrum antibiotics, which have a strong sterilization effect on aerobic gram-negative bacteria and good antibacterial activity against Staphylococcus aureus. The generic names of these drugs often have the word "floxacin", such as norfloxacin, pefloxacin, ofloxacin, levofloxacin, moxifloxacin, ciprofloxacin, and Mefloxacin, Fleroxacin, Enoxacin, Sparfloxacin, enrofloxacin, Clinfloxacin, Gatifloxacin, Rufloxacin, Tofloxacin, Nafloxacin, Sparfloxacin, Gemifloxacin, etc. Norfloxacin is a very common medicine, and many people use it to treat diarrhea. But there are some people who’d better not to take it.

It is recommended that doctors consider these risks when prescribing fluoroquinolones to diabetic patients. If the patient develops nausea, vomiting, heart palpitations, sweating, paleness, hunger, transient syncope, etc. after taking the medicine, blood glucose disorders should be considered and seek medical attention in time.

Because of the possibility of damage to bones, fluoroquinolones are generally not recommended for children. Although the instructions of many fluoroquinolone drugs state "prohibited under the age of 18", many parents still use norfloxacin and other drugs when their children have diarrhea, and even require doctors to prescribe such drugs. Studies have shown that quinolone drugs can damage the cartilage of weight-bearing joints and affect bone growth, which may affect the height of children. Similarly, pregnant women and breastfeeding women cannot take it.

In 2004, the risk of fluoroquinolones that can cause peripheral neuropathy was written in the product manual. Recent domestic and foreign monitoring data indicate that this kind of disease may be irreversible, that is, it cannot be recovered after stopping the drug.

This kind of disease will occur soon after the use of fluoroquinolone drugs, usually within a few days, and some patients will continue to have symptoms for more than one year after the drug is stopped. If the patient has pain, burning sensation, tingling sensation, numbness, weakness or other sensory changes, such as light touch, pain, temperature, position, and vibration changes, it may indicate peripheral neuropathy, fluoroquinolone should be discontinued and changed in accordance with the doctor's advice.

Norfloxacin belongs to the quinolone antibacterial drugs, which has antibacterial effect on many bacteria. Norfloxacin has a very good effect on diarrhea, and many families have such drugs. But it needs to be noted that children should not take norfloxacin, because norfloxacin can damage the bones of minors and may make the child grow slower.

BALLYA provides a ballya-norfloxacin-test to tell you if there are norfloxacin residues in chicken and honey.