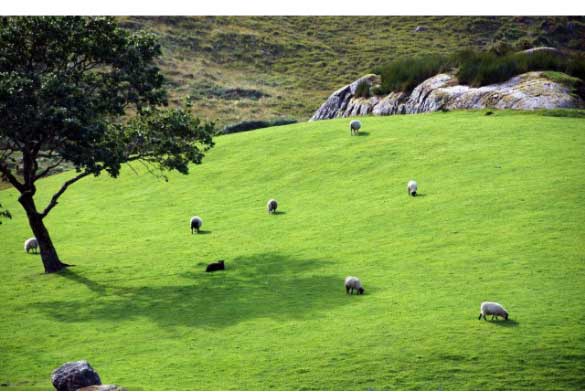 The quality of roughage varies from ranch to ranch, especially silage. Some ranches even use mildew silage and demildew products at the same time, which can be said to be worthless. Some silage is about 20% of dry matter and used up to 30 kg. Excessive silage supply leads to a decrease in effective fiber and insufficient total dry matter intake. Moreover, alcohol-positive milk may be further induced due to rumen health reasons.

To save money, some ranches feed the reserve cows and weaned calves directly to the yellow corn silage and feed, which leads to the destruction of the future "production machine".

Because various problems caused by roughage emerge in endlessly, which has caused feed stress to dairy cows, thus affecting the quality of milk, and the situation of milk rejection by dairy enterprises has emerged. High-quality roughage is not only the basis of healthy cows but also the basis of high yield. The ranches with excellent silage quality are all ranches with high milk yield.

Silage is the main feed, accounting for 40-50% of the dry matter of dairy cow feed. With high-quality silage in reserve, the high-yield breeding of cattle has taken a great step forward. High-quality silage needs not only whole maize but also flattening of harvesting equipment and seed breakage, as well as the content of dry matter and starch. There is no crushed corn grain in silage, cows absorb poorly, and the probability of excretion of cow dung is high.

The silage with low dry matter not only lost a lot of nutrients with water during compaction and storage but also could not be used in large quantities because of its low dry matter. Because the high yield of dairy cows requires more dry matter intake, while the silage with high water content occupies a large amount of rumen capacity, other feed can not meet milk production, including the health needs of long fibers. Of course, it is also suggested that the local roughage resources, such as wheat straw, dry beet granules, wheat roots, and soybean peel, should not blindly worship imported products. Some ranches with high-quality silage, concentrated feed and more than 30 kg of guinea grass per unit yield are no longer a problem.

Many ranches’ forage is too agitated, and the use of fixed agitator is often caused by mixing the TMR feed into pig feed because the TMR preparation machine can not be stopped in the process of transporting and feeding. In particular, the forage grass is too broken, which not only causes too much rumen speed, but also causes relatively less saliva due to reduced chewing and rumination, which leads to the reduction of sodium bicarbonate produced in saliva to regulate the acid and alkalinity content in the rumen and increases the frequency of rumen acidosis and other problems. It is also caused by a series of problems such as milk production decline due to the weakening of digestive function. Acidosis is not only caused by excessive intake of concentrates, such as moldy forage, foot disease or inadequate lying due to comfort. The reduction of rumination and pickiness may also result. Therefore, the effective fiber of high-yielding cows should not be neglected. In TMR feed, at least 20% of the hay over 3 cm in length should be guaranteed.

The frequent flow of personnel in the ranch milking hall causes the milkmen to be unfamiliar with machines and cows to be unfamiliar with people, which makes the cows always in inexplicable fear stress. Because the cows can not understand the language of human beings and have become accustomed to certain actions and language instructions, and suddenly change personnel or different instructions, the cows will be confused. So frequent change is not a good thing.

Moreover, the newcomers are not skilled in the standardized operation of milking, and even prolonged cupping time, resulting in abnormal lactation reflex and lactation function can not play properly. If the time from cow brain to milking is prolonged, the loss of milk is not only one or two kilograms per day, but also the stress of cow's habit and physiological reflex. Therefore, the improvement of milking efficiency is to let cows produce milk according to normal physiological requirements, and to save the standing time of milking, to return to their living areas to eat and rest more.

Many small-scale ranches invisible mastitis and alcohol-positive milk caused the rejection of dairy enterprises. The reasons are not only related to various stresses, such as sudden change of feed, weather change, mildew, mechanical failure, and other accidents, but also the feeding of ranch managers. There are many reasons for invisible mastitis, which are directly related to the isolation of clinical mastitis and the environment and operation of medication bath and milking.

If clinical mastitis can't be found in time, and the effect of medicine bath is poor, there will be twenty or thirty times of invisible mastitis. Because the cross-infection caused by the milk cup is very difficult to avoid even if medicine bath is good, so it is effective to expose mastitis and isolate treatment in time and to do a good job of medicine bath and disinfection of the environment of the dairy hall at the same time.

Of course, the cause of invisible mastitis is also the decline of the resistance of the nipple or breast itself, which may be triggered by factors that can not challenge the internal and external environment. Therefore, it is suggested that the external factors should be taken into account as well as the internal factors of dairy cows because dairy cows need more antioxidants and vitamins under the disease factors. The supply of nutrients such as quantitative elements, including rumen health, is affected.

Infrastructure design of cowshed, including inappropriate bedridden, ventilation and drinking water, has led to the inability of cows to lie comfortably, feed and drink water, and even poor maintenance of equipment and facilities, thus increasing disease factors. Some ranches are still laying lots of bricks on the ground, resulting in a decline in the comfort of lying down and a relative increase in hoof disease and mastitis. The unreasonable bedridden design also leads to the reduction of cow bed rate. The improper bedridden design increases the risk of illness due to excessive standing and a corresponding reduction of rumination. For example, the length, width, height and size of bedridden vary, the edge height of bedridden is too high or too low, the bedridden pits are uneven, and the proportion of cows lying in bed is less than 80% and other problems.

Fermentation bed can solve many fecal problems, but how to use it correctly and reasonably still needs to be carefully done, otherwise, the occurrence of mastitis in lactating cows may be one of the reasons. The use of fermentation beds requires appropriate conditions, not only for temperature and humidity but also for regional climate and management.