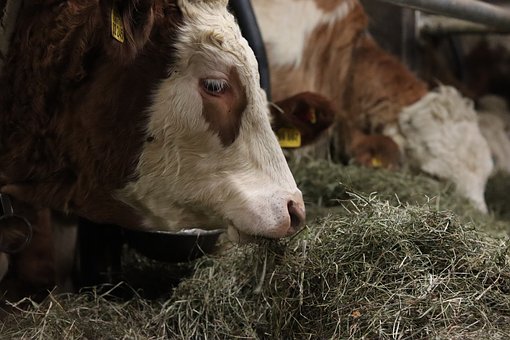 Footrot disease (or interphalangeal cellulitis):
The identification of this disease is relatively simple, caused by the mixed infection of Nectobacillus and Pseudomonas melanogenesis, also, there are other important bacteria cell is Provera, the foot appears symmetrical swelling, dairy cows show claudication. It is usually caused by the injury of the interphalangeal skin, acute, sudden onset, acute disseminated inflammation of the interphalangeal skin and subcutaneous tissue, and often affects the hoof crown, the diffusion swelling of the system and the bulbous segment, the local heat pain is obvious, the waveform is obvious, often accompanied by the joint movement restriction, and often forms one to several suppurative fistula.

Local treatment:
Cattle farmers should press to check the bottom of the hoof for obvious pain points, where there is an obvious pain point and the horseshoe horniness becomes soft and discoloration, should repair the hoofs. First disinfect the bottom of hoof with 5% iodine tincture, dig the discoloration and soften place of a horseshoe with a disinfected hoof knife, when reaching the hoofed dermis, drain out stench suppurative exudate, rinse with hydrogen peroxide normal saline to wash the pure fish stone fat bandage of tocopherol powder.

If there is a pyogenic focus, rinse and remove the necrotic tissue and fill in the purulent cavity with the thick juice mildew powder defatted cotton, and change the medicine once every two days. At the same time, penicillin sodium 4 million units, 0.5% procaine hydrochloric acid 30 ≤ 40 ml, in the swelling part 3-4 points of muscle injection slightly above, once a day, for 5 days.

Interphalangeal Dermatitis mostly occurs in a wet environment. According to the painless decay or ulcer of the interphalangeal skin, the bacterial infection of diseased cattle with less obvious symptoms was judged. Hoofs are often moist and secrete white exudates with specific odors, which is different from hoof rot. This will lead to skin hyperplasia and interphalangeal fibroma. Open the toe space so that the cow can wash and expose the damage to the air.

If the infection extends to the heel, the protease produced by Pseudomonas Aeruginosa can digest the keratin in the hoof tissue, corrode the keratin layer of the heel to varying degrees, or cause the transverse rupture of the junction between the heel and the bottom of the hoof, when the heel breaks and the skin of the ampulla ensues During excessive proliferation, claudication caused by interphalangeal inflammation increases the load-bearing pressure on the heel of the hoof. Interphalangeal dermatitis usually occurs symmetrically on both limbs.

Treatment: first, dairy farmers should check the sick dairy cattle, then the whole hoof was cleaned with clean water or 0.1% Xinjielmil disinfectant, and the overgrowing cuticular layer and suppurate between toes were repaired. Sterilize the toes with 5% iodine tincture, apply a piece of skim cotton and fish fat, copper sulfate to the toes, wrap them with bandages, and remove the bandages a week later. When dealing with the fracture of the heel, the flap on the surface of the cuticular layer should be removed and the closed part should be exposed to the air.

This disease used to be called Hairy hoof warts, strawberry hoofs, verrucous dermatitis, interphalangeal papilloma, in fact, it is still a kind of interphalangeal dermatitis. The local redness of the intersecting toe seam of the soles of the foot can be used as the initial lesion of interphalangeal dermatitis-strawberry Interdactyritis. The most significant characteristic of the injury is the degree of pain in dairy cows, the formation of tongue protrusions in the gap between the two fingers (toes), the continuous thickening, the extension between the toes and the heel, and the surface infected by the friction and breakage of the ground. It seriously causes limp. Verrucous dermatitis is a disease caused by fungi. Long white hair grows between the hoofs, local skin inflammation exudates, and then occurs in the Between the two hoofs grow like strawberry accretion, local infection exudate is kerosene color, stench. The last two hoofs atrophied and the hoofs stood upright and severely limped.

6. The bottom of the hoof becomes thinner:

Treatment:
Improve the environment, reduce the removal of footwear factors, pad the opposite side of the sick toes with wood blocks to protect the overworn bottom of the hoofs.