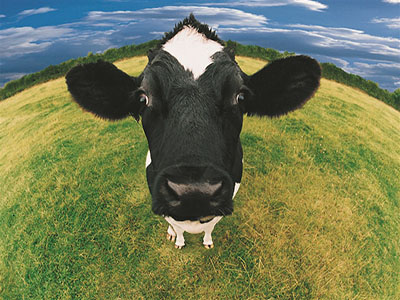 1. The cows enter the milking parlor slowly.
In the dairy parlor, cattle driving is not operated according to the rules of the cow, and the operation is more casual, which results in the slow speed of the cow entering the parlor. Because the cattle driving operation is not standardized, the waiting time for cows to enter the parlor is too long. Because of the formation of conditioned reflex, the corresponding lactation conditioned reflex will appear. If the time is too long, the lactation condition of cows will decline (the slow entry speed will affect the lactation performance).

2. Preparation for milking.
All facilities and equipment (whether the dairy parlor equipment is ready for operation. Whether the medicine bath solution and towel toilet paper are ready or not in the dairy parlor is of vital importance to the milk production of dairy cows.)

3. The first three handles of milk are standardized.
When the pasture does not have the conditions, prior milk and medicine bath should be taken. Milk test to squeeze the first three milk generally takes a sliding method and fist grip method. The sliding method produces an impact on cows, resulting in elongation or injury of the nipple. Hand milking is to imitate calf suction to increase the speed of labor induction so that milk production peaks. It is difficult for most pastures to squeeze the first three or five milk into special observation cups, most of them onto the ground or hands. These are not standard, which can easily lead to the spread of disease. Three milk should be squeezed into special containers. When milking three handles of milk, we should pay attention to the use of household rubber gloves. Because the hand-holding method can not squeeze the nipples sufficiently, the first three handles of milk are not milked sufficiently, so milking three handles is very important. After extruding the first three handfuls of milk, take a medicine bath to kill the bacteria on the nipple surface. Pay attention to the ready-to-use preparation of the medicine bath liquid, to avoid the influence of iodine volatilization on the concentration of iodine and reduce the disinfection effect.

4. Advantages and disadvantages of nipple medication bath procedure, spray gun and medication cup for medication bath solution.
Spray gun reduces the cross-infection of diseases, but spray gun easily leads to nipple spraying on one side can not spray, medicine bath cup avoids the shortcoming of spray gun leading to one side can not spray on the other side. At the same time, the biggest characteristic of medicine bath cup is that it can wrap the nipple around, fully infiltrate the nipple, evenly cover the nipple with medicine bath liquid. The disadvantage is that the operation is heavy and the disinfection is easy to be out of place.

5. After the nipple bath, wipe it dry and pay special attention to it.
Use a towel to a cow, and towel cleaning and disinfection is imminent. Washing and sterilizing towel is not in place, it is too wet and drying after washing the towel.

Too hard towels are all damaging to the nipples of dairy cows. Wet paper towel: a cow has a wet paper towel to reduce disease transmission. When using a towel, four corners should be used to swab each nipple, because the cow has four nipple areas. Paper towels and towels should be combined with specific conditions. Which is better? The towel can achieve the cleaning, disinfection, drying, and optional, if you can not do the above use of paper towels to use quality standards of paper towels, focus on wiping on the nipple hole. Because milk comes out of nipple hole, after wiping, it should bring a cup in time. Medicine bath time should reach 30 seconds, towel or paper towel drying to bring cups, such as two milking needs 60 to 90 seconds. If three milking needs 60 to 120 seconds.

6. The suspension of the milking cup group.
Do not leak air after cupping. If nipples are clamped, the cup should be plugged up to avoid the cow's discomfort. For example, automatic milking, there is modular management to observe the speed and the flow rate of the first two minutes is more than 50% of each shift can play a role in lactation. Do not allow one hand to pull the nipple, and remember to wash the breast.

8. The automatic milking system and automatic cupping flow rate should be moderate.
After picking the cup, milking is completed. The problem of mastitis can be considered when filtrating debris and milk flocculant in the paper. Special attention should be paid to the milking pressure in the dairy parlor. For example, if you take off the cup by yourself, it is suggested to control it at 42 kph, 45 kPa for measuring bottle pit and 50 kPa for the pipeline. Different vacuum pressures of different milkers are different. Over-high pressure can easily cause nipple injury. Grade 1-2 of nipple injury generally accounts for more than 90%, Grade 3-4 of nipple injury is generally less than 10%, and Grade 3-4 of nipple injury is more than 10%, which shows that the vacuum pressure is high. So we need to find a professional to repair it regularly.

10. It is suggested that milking should be finished in 4-5 minutes.
Dairy parlor to reduce other stress cows. When cows are frightened, milking cup as much as possible to reduce the second cup. If it is necessary to cup in special circumstances, it should be observed. After milking, don't rush cows to cause crowding.

11. The water temperature in the cleaning process should be about 70%~80%. Excessive temperature can easily cause denaturation of milk protein or the formation of a milk scale.
In the cleaning process, too low water temperature and insufficient water will result in poor cleaning effect. Cleaning agent time and dosage should be used according to the manufacturer's instructions. Circulation cleaning time should not be too long, and cold drain should be cleaned regularly, if there is no cold drain, care should be taken not to open cold too early. Milk mixing speed should not be too fast, the milk tube should be inserted into the upper half of the liquid level. The whole refrigeration part should observe refrigeration mixing at any time.