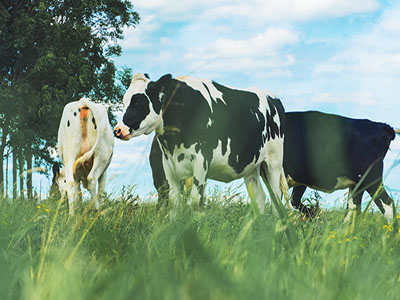 Shaped Salt is a kind of mineral licking block. It is a way to supplement salt by using the self-control of livestock to eat salt. The main component of shaped salt is salt. On this basis, according to the needs of livestock for various mineral nutrients, mineral content in daily feed and mineral group elements in the breeding area, all kinds of constant and trace mineral elements are added to improve the breeding effect of livestock and enhance the benefits of breeding. In this article, three kinds of representative shaped salt with different prices were selected and their application effects were analyzed and compared in a pasture in North China: the first shaped salt is 25 yuan/5 kg, the second shaped salt is 15 yuan/5 kg, the third shaped salt is 45 yuan/5 kg (imported).

The Effect of Shaped Salt in Dairy Cow Breeding
1. The effect of shaped salt
Shaped salt is made by adding calcium, phosphorus, iodine, copper, zinc, manganese, iron, selenium and other trace mineral elements into salt according to the growth and development needs of dairy cows, and processed by certain technological. In the daily dairy cow breeding process, feed and forage all contain certain minerals, but there are some problems, such as unbalanced and incomplete mineral content, and trace elements are not easy to be metabolized and absorbed. Shaped salt is based on the physiological characteristics of dairy cows, the elements needed for the growth and development of dairy cows are scientifically processed into additives that are easily absorbed by dairy cows. Dairy cows lick according to their own body needs.

2. The function of Licking Shaped Salt in Dairy Cow Breeding
(1). Maintain the balance of electrolytes in cows.

(2). Promote the growth and development of dairy cows and improve feeding efficiency.

(3). Promote the reproduction of dairy cows.

Comparative Analysis of Application Effect of Shaped Salt
Objective: To compare and analyze three kinds of shaped salt sold in the market, and divide dairy cows into three groups by feeding them with different milk yield, parity, age, and lactation stage. The three groups of dairy cows were fed the same forage and feed except for the different kinds of shaped salt they licked daily, and the feeding time was fixed for the free licking of shaped salt every day. In the course of the experiment, the same piece of shaped salt was ensured for each cow, and the number of the shaped salt and the cow was used to facilitate the analysis of the later results. During the experiment, the cows were milked twice a day in the morning and afternoon, and the relevant data were recorded during the experiment.

During the experiment, milk production of groups 1, 2 and 3 cows showed a synchronous downward trend, and there was no difference. The milk yield of group 2 was lower than that of group 1 and 3 at the later stage of the experiment, and the difference between group 2 and group 3 was the most obvious. The milk production of group 1 and group 3 was higher than that of group 2 0.5/d and 1.4/d respectively.

During the experiment, there were no clinical symptoms caused by a mineral imbalance in the experimental cows. The average physical condition of the three groups was 2.7, 2.4 and 2.4. At the end of the experiment, they were 3.2, 2.9 and 2.8, respectively. The results showed that group 3 was significantly better than group 1 and 2. This phenomenon indicated that under the same feeding and management environment, the cows were fed different shaped salts have different effects on digestibility and nutrient utilization of dairy cows.

5. Experimental conclusions
The third shaped salt is liable to crack and cause a certain loss in use, but it has a high feeding effect and is significantly higher than No. 1 and No. 2 shaped salt. The first shaped salt has better processing technology, good moisture resistance and crushing resistance, but its feeding effect is not as good as No. 3 shaped salt.

Compared with the other two groups of shaped salt, No. 3 shaped salt had a good effect in supplementing trace elements. After feeding, the milk yield, the milk fat rate and the total dry material rate in the milk of dairy cows were significantly increased, which had a high economic benefit.

Suggestions on the Application of Shaped Salt
1. There no symptoms of disease caused by mineral imbalance that was found in experimental dairy cows during the experiment. However, the good nutritional effect of No. 3 shaped salt shows that it has a certain preventive effect on diseases caused by mineral imbalance. However, some diseases require limiting salt intake. Therefore, in the actual breeding process, breeders should strengthen the observation and analysis of the prevention and treatment of diseases related to mineral metabolism in dairy cows.

2. To further optimize the production process of No. 3 shaped salt, enhance its moisture resistance, damage resistance, and practicability, reduce the loss in the use process, and further enhance its economic benefits.