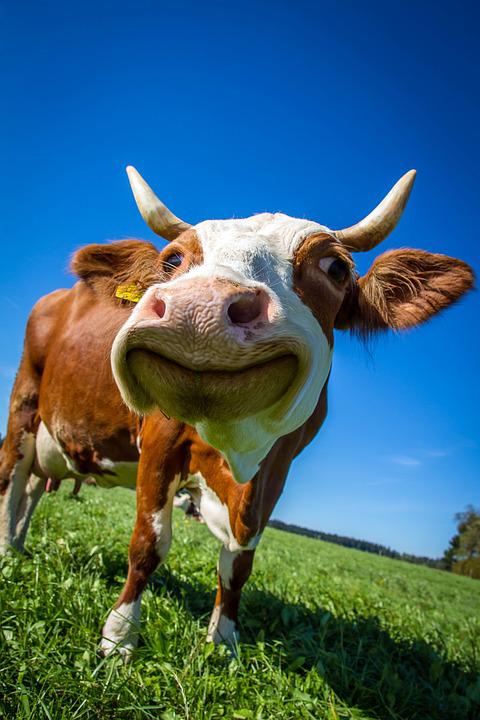 What diseases can't or limit the use of salt in dairy cows?

Salt is a mineral feed, which is an important component of gastric juice. It plays an important role in promoting gastrointestinal digestion, maintaining the volume and osmotic pressure of intracellular and extracellular fluid of the body, and is very important for dairy cows. But it is related to many diseases of dairy cows, which can aggravate certain conditions, making it difficult to cure, and even accelerate death. Therefore, salt should be avoided and restricted during the prevention and treatment of certain diseases in dairy cows.

It is caused by excessive salt intake in dairy cows. It is important to thoroughly discharge salt and its decomposition products from the stomach, blood, and tissues. It is forbidden to import salt or saline laxatives by any means, such as oral administration or injection, because salt intoxication in dairy cows is mainly caused by large amounts of salt stimulating the mucosa of digestive tract organs. It causes toxic and hemorrhagic inflammation. After the salt is absorbed, the central nervous system is excited or paralyzed by the action of sodium ions. If the dairy cows are fed with salt after salt poisoning or use salt laxatives (such as sodium sulfate) again, it will not only aggravate gastrointestinal irritation but also increase the concentration of sodium ions in the blood, leading to it. The illness aggravated and the death accelerated.

High sodium can increase the sensitivity of tracheal smooth muscle, enhance the activity of the sodium pump in the cell membrane, enhance the permeation of sodium, and cause pulmonary edema. Therefore, salt consumption should be strictly controlled during the occurrence of infectious tracheitis, Mycoplasma disease, aspergillosis and other major respiratory diseases in dairy cows.

4. Diseases of the urinary system

Too much salt can disturb the renal blood circulation and urinary function and the renal tubule reabsorption function, leading to the aggravation of many diseases of the urinary system. Therefore, the harmful effects of salt should not be neglected in the prevention and treatment of urinary system diseases such as urate deposition disease and urethritis in dairy cows.

When the cow's liver is sick, its ability to decompose the inherent "antidiuretic hormone" of the body decreases, which reduces the urinary output of the kidney. The retention of sodium ions and water in the blood can aggravate the condition of ascites caused by liver disease. Therefore, in the prevention and treatment of cow nephritis, breast edema, and other diseases, salt should be carefully fed.

Excessive salt can accelerate the loss of calcium, make bone brittle, and aggravate the pathological changes of rickets and osteomalacia. Also, excessive salt can hinder the calming of calcium in bones, delay and hinder the healing of bone damage. Therefore, in the treatment of rickets, osteomalacia, fracture and other diseases of dairy cows, salt feeding should be limited.