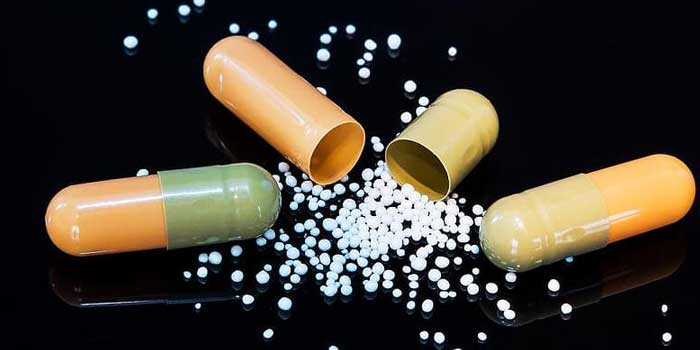 What is the drug levofloxacin used for?

Levofloxacin, like ciprofloxacin, is one of the quinolone drugs. It has broad-spectrum and strong antibacterial effect. It is against most Enterobacteriaceae bacteria, such as Escherichia coli, Klebsiella, Proteus, Salmonella, Shigella Genus and Gram-negative bacteria such as Haemophilus influenzae, Legionella pneumophila, and Neisseria gonorrhoeae have strong antibacterial activity. It also has antibacterial effects on Staphylococcus aureus, Streptococcus pneumoniae, Streptococcus pyogenes and other gram-positive bacteria, Mycoplasma pneumoniae and Chlamydia pneumoniae, but it has a poorer effect on anaerobic bacteria and Enterococcus. This product is yellow or gray-yellow crystalline powder; it is odorless and has a bitter taste, slightly soluble in water, acetone, ethanol, methanol, and easily soluble in acetic acid.

This product is the L-body of ofloxacin, and its antibacterial activity is about twice that of ofloxacin. Its mechanism of action is to prevent bacterial DNA synthesis and replication by inhibiting the activity of bacterial DNA helicase, leading to bacterial death.

There are abundant reports in the database of patients under 18 years of age used the drug and serious adverse events happened. The National Adverse Drug Reaction Monitoring Center recommends clinicians that levofloxacin injections usage should be in strict accordance with the "Guidelines for the Clinical Application of Antimicrobial Drugs" and the drug instructions.

Compatibility contraindications must be avoided, and choose rationally when it is necessary to use other antibacterial drugs in combination. Patients with renal insufficiency, elderly patients, and patients with neurological diseases should be dosed with caution or under strict supervision. During the medication, the medical staff should carefully observe the patient’s symptoms and signs. Once abnormalities are found, the medication should be stopped immediately, the diagnosis should be made as soon as possible, and symptomatic treatment should be given in time.

After complete oral administration, the relative bioavailability is close to 100%. After a single oral dose of 0.1g and 0.2g on an empty stomach, the peak plasma concentration (Cmax) reached 1.36mg/L and 3.06mg/L, respectively, and the peak time (Tmax) was about 1 hour. The blood elimination half-life (t1/2β) is about 5.1 to 7.1 hours. The protein binding rate is about 30% to 40%. After absorption, the product is widely distributed in various tissues and body fluids. The ratio of the concentration in tissues and body fluids such as tonsils, prostate tissue, sputum, tears, women's reproductive tract tissue, skin and saliva to blood concentration is about 1.1-2.1.

What is the drug levofloxacin used for?

Levofloxacin was launched in Japan in 1993. The drug has achieved good results in the treatment of respiratory tract infections, urogenital infections and skin and soft tissue infections. Among them, the effective rate and bacterial clearance rate for treating acute and chronic lower respiratory tract infections are 80% to 100%, and the clearance rate for Haemophilus influenzae, Moraxella catarrhalis, Staphylococcus aureus and pneumococcus is high, but is low for Pseudomonas aeruginosa.

The effective rate and bacterial clearance rate for complex and simple urinary tract infections are also 80% to 100%, 80%～91% for skin and soft tissue infections and 90% for methicillin-sensitive Staphylococcus. The effective rate of treatment of obstetrics and gynecology, ear, nose, throat and other infections is also about 90%.

The Pharmacopoeia stipulates that the dosage of levofloxacin for the elderly should be reduced to 100 mg, once every 12 hours. Some clinicians lack understanding of this regulation, causing little difference in dosage between the elderly and adults. It should be noted that injecting 200-300 mg of levofloxacin is safe for adults, but unbearable for the elderly, especially elderly patients, and adverse consequences may happen. The kidneys, heart, liver and nervous system of the elderly are declining, and the body's water content is reduced, so it is easy to form high blood concentration levels difficult to excrete. Therefore, the dose of levofloxacin should be selected according to the specific conditions of elderly individuals.

Among patients who use levofloxacin injection, nausea, vomiting, headache, dizziness, palpitations, and insomnia are more common in women. Among them, women with significantly low body weight or in a diet have higher incidence.

This is not accidental, but because the normal dose will make the blood concentration of the above individuals higher than normal population, and their heart, nervous system and gastrointestinal tract tolerance is relatively poor. The injection dose of levofloxacin should be different for men and women. For thin female patients, a single dose of levofloxacin should not exceed 200 mg.

The safety of this product in infants and young people under the age of 18 has not been assured. However, this product can cause joint disease when used in several young animals. Therefore, it is not suitable for children and adolescents under 18 years of age. Elderly patients often have decreased renal function, and part of this product is excreted through the kidneys, so the amount of this drug should be decreased.

Levofloxacin is a kind of quinolones. It has good effects on reproductive system infections and respiratory infections, and its side effects are relatively small. It is one of the common antibiotics that people use daily.