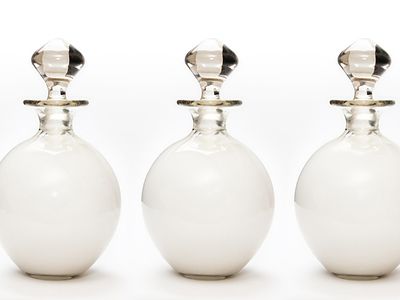 The top 10 milk producers in the world

India accounts for 9.5% of global milk production, mostly from buffalo. More than 80% of milk production comes from various non-organized sectors of small farmers, with about 130,000 dairy cooperatives at the village level. India exports milk to Pakistan, Afghanistan, the United Arab Emirates, Nepal, and other countries.

China ranked third among the world's top dairy producers in 2018. China exports milk to only a few Asian countries and is also the world's largest importer of milk products. Recently, China plans to build a dairy farm of 100,000 cows to meet Russia's domestic market, as Russia plans to stop importing milk from the European Union. It is said that the dairy farm is three times the largest in the United States.

Pakistan has a long history of dairy farming, they produce milk mainly from buffalo, which produced 42 million tons of milk a year last year. A few amounts of milk also comes from goats. Pakistan's Punjab and Sindh provinces are major producers.

Milk production adds a lot of revenue to the Brazilian government, which is one of the largest importers of dairy products. Brazilian milk depends on the Gir variety, which comes from Gujarat, and Indian varieties are known to produce large amounts of milk. The dairy industry provides employment opportunities for more than 1 million people, so dairy farming is of great significance to Brazil's economy.

Germany, with 4.2 million cows, is the highest milk producer in the European Union. Due to the soaring land prices, German farmers are facing difficulties in raising cattle and lack skilled labor to complete their work.

Russia uses traditional breeding techniques and traditional dairy farming techniques. Moscow is one of the regions with the highest milk consumption. At present, Russia is committed to developing better milk varieties. Moreover, Russian investors are investing in overseas dairy farms like China to meet the growing demand for milk in the domestic market.

The dairy industry is crucial in France, with 70,000 dairy farms in and around France. It is the second-largest milk producer in Europe, after neighboring Germany. France has more than 3.6 million cows and numerous milk processing facilities. Like New Zealand, most milk is converted into dairy products. France exports its dairy products to Italy and Germany.

Turkey produces milk mainly through buffalo. Turkey's milk production has steadily increased due to the increase in milk production and the number of cattle. Most of the milk comes from Izmir, Aiden, Konia, bursa of Fabricius and Bordeaux in Turkey. Most of the milk is exported to the European Union. The Turkish government has taken several measures to increase the demand for milk in the domestic market.