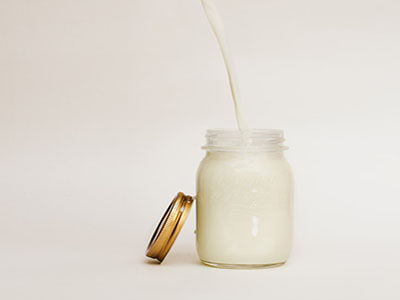 1. The nutritional value is several times higher than that of the milk;

2. It’s superior to breast milk, and can promote the development of the brain of the infant;

Is it so magical about buffalo milk?

Buffalo milk is nothing new. According to 2009 data, milk accounted for 83% of the total milk production of the world, dominated by an absolute advantage; buffalo milk accounted for 12%, ranking second. Buffalo milk is mainly produced in Asia, more than 80% of which is produced in India and Pakistan. The milk yield of buffaloes is much lower than that of cows. The milk yield of a buffalo is generally about 2000 kg per year, while even low-yielding black and white cows can produce 3000 kg of milk a year, and the ones with high yield can usually reach more than 6000 kg.

How high is the nutritional value of buffalo milk?

Comparison of nutrients between buffalo milk and milk.

Take domestic high-end buffalo milk and high-end milk as an example, the price of the 250 ml of buffalo milk is about 8 yuan, and the same volume of the milk is about 5 yuan. Consumers buy milk mainly for the nutrients contained in the dry matter, not for the more than 80% of the water. So it's possible to figure out that, assuming that the money for buying milk is all used to buy dry substance, the amount of money spent on the dry matter of buffalo milk and milk per gram of water is about:

The difference between 0.18 yuan and 0.16 yuan is not significant. That is to say, consumers only spend the same money to buy two nutrients with different sources and virtually the same substance.

It's nonsense to say that buffalo milk is better than breast milk.

Mammals secrete milk to feed their offspring. The milk components of different mammals naturally correspond to the different needs of their offspring. Breast milk is the most suitable food for human babies, which has been the consensus of the world, and its alternative, infant formula, has been trying to mimic the ingredients of breast milk.

The high content of protein and fat in buffalo milk does not mean that its nutritional value is better than that of breast milk.

Third, whether it is buffalo milk or milk, its lactose content is much lower than breast milk. The galactose obtained from lactose hydrolysis is very important for the development of the infant's brain. Besides, lactose, as a probiotic, is also beneficial to the development of calcium absorption and intestinal beneficial flora in infants. Therefore, it is very unscientific and irresponsible to say that water milk is superior to breast milk. If you insist that buffalo milk is better than breast milk, it can only be for buffalo babies.

There is no extraordinary efficacy of buffalo milk.

Buffalo milk has nearly twice as much fat as milk, so I can't figure out why it can help lose weight. Is it because its fat particles are large and difficult to be digested? In this regard, I can only say, "as for whether you believe it or not, I don't believe it anyway.” As for the inhibition of tumor, beauty maintenance, anti-aging, and other extraordinary efficacy, no relevant experimental basis was found. Moreover, buffaloes and cattle, after all, are close relatives, if buffalo has this extraordinary efficacy, then ordinary milk should also have such an effect.

What is the use of buffalo milk?

The most well-known use of buffalo milk is to make mozzarella cheese and double-skin milk.

The famous snack double- skin milk in Guangdong is also made with buffalo milk. The main reason why buffalo milk is suitable for making double- skin milk is its high fat and protein content, while the main component of milk- skin is fat and partial protein. However, for the same reason of production, most of the country's double-skin milk has been converted to milk, except some traditional stores of double -skin milk in Guangdong.

All in all, buffalo milk does have a slightly higher nutritional content than milk, but it also sells for a high price. In other words, its price-performance is actually about the same as milk, and may even be slightly lower than milk. There is no conclusive scientific reason for the extraordinary efficacy such as "superior to breast milk" and even "beauty maintenance, weight loss, and anti-aging", and it is not advisable to deceive consumers by using false and exaggerated advertisements.