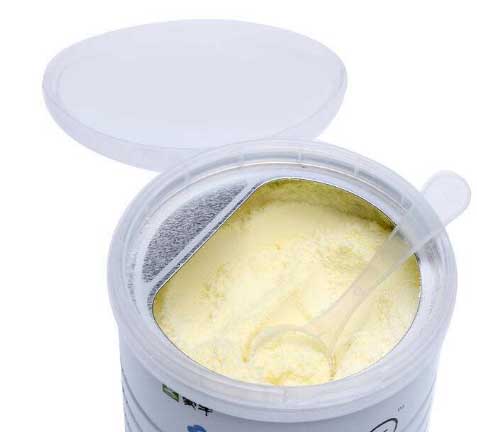 5 tips you should know about milk powder

Milk powder is the baby's "second food". Every parent selects them from milk markets carefully. When the milk powder can is opened, found the milk powder’s particles are very thick. And also found there are black spots or clot and foam when brewing. The first reaction is that the quality of the milk powder is problematic. Today, I will show you the 5 points that you don't know.

1. Why is there foam after the milk powder is brewed?

Milk powder will foam, and it is very easy to eliminate the foam. It is added with defoamer or physical treatment. However, infant formula does not allow the addition of these chemicals such as defoamers. And the reasons for the appearance of this foam are as follows:

1) Improperly brewing way, the correct way to brew milk powder for babies is to put water between 40-60 degrees into the bottle first, then put the milk powder, shake gently in a clockwise direction.

2) Milk powder itself contains a lot of milk nutritional facts, such as lecithin, etc. And it's one of the protein sources for babies. When it comes into contact with hot water, it will produce some foam, which is normal (the same is true for heated water in eggs).

2. There are small black particles in the milk powder. Is it an impurity?

Generally, the black small particles appearing in milk powder are mostly lactose coke particles, which are large as sesame seeds and particles of milk powder, and even smaller than milk powder particles. Some of them are invisible to the naked eye. They need to be found after contact with water. The traits are insoluble in water and float Or precipitated in the bottle, some coking can be crushed by hand to form a cinder.

In the milk company, infant formula milk powder is made from milk by spray drying. The lactose in the milk powder will turn the color into orange or brown when in contact with the hot air during the drying. If orange or brown or black particles are found during the brewing, it is coking lactose. The lactose of the milk is partially turned its color into dark brown when the milk is spray dried. It can be dissolved after repeated shaking with warm water. If there are still a few tiny ones left at the bottom of the bottle, it is normal.

3. After the milk powder can is opened, it is found to have a clot. Is it deteriorated?

The infant formula is not allowed to add any desiccant. Also, during the transportation process, the powder of the milk powder is electrostatically rubbed by each other, so the powder of the powdered milk will form a mass. When the can is opened, the powdered milk will be formed into a small group, which is not clot, just lightly grind it with a spoon, the milk powder will immediately turn into a smooth powder, and its milk nutrients and quality will not be affected.

4. Why is the milk powder grain thick?

5. Why is the phenomenon of smashing milk powder hanging on the wall?

2) Some manufacturers produce formula milk powder with higher levels of active substances, such as bovine colostrum, casein phosphopeptide (CPP), alpha-lactalbumin, lactoferrin, etc., because to ensure their nutritional activity,  those substances are mixed into the milk powder with wet method, there will have the phenomenon of slow-dissolution , and the white spot on the bottom of the bottle wall. but these are the normal phenomenon and does not affect the quality of the milk powder.