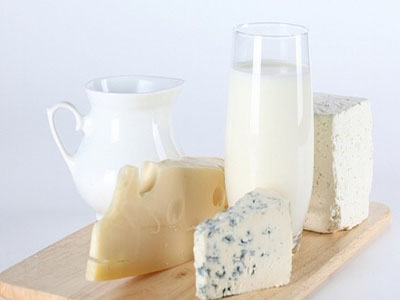 Why do you choose milk?

There are many kinds of animals that produce milk in the world. To be exact, every mammal can produce milk, and there are more than 6000 kinds of mammals, it can be said that human beings have a lot of choices. However, in our markets, milk is always the most common dairy product. Moreover, many products have been derived, such as cheese, yogurt and so on.

From the total data, there are indeed a small number of people who choose to drink camel milk, goat milk and reindeer milk for a variety of reasons, but as many as 97% of the population choose dairy products. What is the reason for this?

The first species to be domesticated and considered are sheep. They are not very aggressive, have a gentle personality, and are herbivorous, well-fed and easy to breed. All these are the reasons for choosing sheep. Goats, sheep, and cattle were domesticated at the same time. From the comparison of data, cattle domestication is the most significant and successful. They are so docile that ordinary people can't imagine, so docile that they will wait in line for you to milk. It's really cute, and their output is very high. They can produce 25 kg a day, which is also very considerable.

We have collected information on various dairy products for a full comparison:

Milk: In general, we say that milk is obtained from the lactation of black and white cows. Milk is rich in minerals, calcium, phosphorus, iron, zinc, copper, manganese and molybdenum. The rarest thing is that milk is the best source of human calcium, and the ratio of calcium to phosphorus is very suitable, which is conducive to calcium absorption. There are more than 100 kinds of products, including moisture, fat, phospholipids, protein, lactose and inorganic salts. Among them, moisture is 87.5%, fat is 3.5%~4.2% (fat globules are 3-4 microns in diameter), protein is 2.8%~3.4% (casein to whey protein ratio is 85:15), lactose is 4.6%~4.8%, minerals is 0.7%. Milk is one of the oldest natural drinks, known as "white blood", and the importance of the human body can be imagined.

Goat milk: Goat milk has a special taste, which may be unacceptable to the public. Goat milk powder is the main product form on the market. Goat milk is more fragrant and nutritious than milk. People who like to drink it think it tastes better and more fragrant than milk, but its output is relatively low. It's only about several hundred kilograms a year. It's very different from those cows who specialize in dairy production.

Sheep milk: Sheep milk contains more comprehensive nutrients, calcium, protein, and vitamins are higher. The calorie per kilogram of goat milk is 210 kilojoules higher than that of milk, and the fat content is 3.6%~4.5%(the diameter of the fat ball is about 2 microns), which is easier to be absorbed. Sheep milk is rich in short-chain fatty acids, and low-level volatile fatty acids account for 25% of all fatty acids. The ratio of casein to whey protein in goat milk is 75:25, which is closer to breast milk. The content of heavy minerals in goat milk is 0.86%. However, the conditions of sheep breeding are more complex, moreover, its milk production is not high, the input and return are not proportional, and it is not suitable to be used as a special breed of milk. More importantly, humans try to reduce their fat intake as much as possible, while sheep's milk contains fatter than milk and breast milk, up to twice as much. Imagine yourself, and you may not know when you will drink and become a fat man. Many people who want to lose weight don't even want to eat more food. It's impossible to be recognized by the public.

Camel milk: A camel produces 2.5 to 3.5 kilograms of milk a day, which is relatively scarce. Camel milk has higher protein content and calcium content, lower fat content than milk, three times as much vitamin C as milk. Camel milk has high iron content and contains insulin-like factors, which can promote the pancreas to secrete insulin. Camel milk is high in calcium, low in saturated fatty acids, and even has medical value. Camel milk is a very healthy product. Camel milk can reduce the insulin demand for diabetic patients and benefit newborns because it does not contain allergens. It also proves that camel milk is beneficial to peptic ulcer patients and hypertension.

Donkey milk: A donkey produces very little milk. It produces only 0.5 kg per day during the lactation period of more than 100 days. Donkey milk is rich in nutrients, including essential fatty acids, linoleic acid, and linolenic acid. Its cholesterol content is only 1/5 of milk. It belongs to natural low-fat and low-cholesterol dairy products, rich in mineral selenium and epithelial growth factor. The ratio of whey protein to casein in donkey milk is 65:35, and whey protein is easier to be digested.

Horse milk: In fact, it is also a kind of milk-producing animal. It tastes sweeter. It contains many ingredients, such as protein, fat, sugar, vitamin C and so on. It is similar to the milk we often use, and its effect is very similar to that of milk. Besides, there are some areas where they ferment it and then make low-alcohol margarine for people to drink at parties or regularly. Although its nutritional value is similar to the milk we usually drink. But why can't it be our daily drink? The main reason is that their milk production is far less than cattle, the average day can only produce about three liters of milk. This makes many people unable to enjoy the more nutritious substance, which is also the reason why it has been expensive. Moreover, few people raise horses nowadays. After all, raising this kind of animal needs a considerable field, and now every land in our country is very valuable, and not many people will occupy their land to raise this animal.

Deer milk: Deer milk has high protein content and milk fat content, and the particle material is small, has good affinity with human skin, and is easy to be absorbed by human skin. And it is rich in vitamin B, vitamin C, vitamin E and colloid, enzymes, FePCaMg, and other mineral ingredients. It has rich nutrients, which can activate and moisturize skin, promote skin cell regeneration, accelerate metabolism, increase cell vitality and beautify skin.

To sum up, milk is the most cost-effective dairy product in the whole country. The nutritional components of milk are also the most suitable for human growth. The protein content is very rich. It contains a variety of amino acids needed by human beings. Moreover, its proportion is appropriate. Without special adjustments, it is very suitable for the human intestinal tract and can help the beneficial bacteria in the intestinal tract to continuously replace and reproduce. Besides, after drinking milk extensively, the height of children has been significantly improved, which has greatly narrowed the gap between China and the world, which is one of the functions of milk.