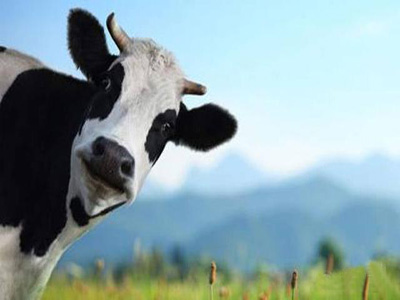 1. Strengthening Management
Strengthening the feeding management of dairy cows and feeding reasonable diets are the key measures to ensure the health of dairy cows and effectively prevent nutritional infertility. Excessive fat or thin cows can cause abnormal oestrus and affect reproduction. The feed should be diversified, green juicy feed, silage, high-quality hay, concentrate and so on should be rationally coordinated, appropriate dietary standards should be maintained, and the nutrition of pregnant cattle should be comprehensive. Especially one month before delivery, the concentrate can be increased appropriately based on feeding standards, but concentrate can not exceed 1% of the body weight of pregnant cattle. At the same time, attention must be paid to increasing vitamins, calcium, phosphorus and other trace elements in the diet to ensure the normal needs of the fetus.

To ensure certain outdoor sports and adequate sunbathing, we should also pay attention to the cleanliness and hygiene of cowshed and cow body. Especially in the process of practicing midwifery, mating, delivery, and vaginal examination, we should strictly disinfect, which can effectively improve the conception rate of dairy cows and prevent reproductive organ infection and mastitis. To improve the comfort of dairy cows, it is necessary to do a good job of preventing and cooling the heat in summer, to reduce the occurrence of heat stress in summer. Raising cows in winter, drinking warm water to increase the amount of drinking water and increase dry matter intake of dairy cows. Thickening the cushion to improve the comfort of dairy cows, so that the reproductive rate of dairy cows has been improved.

2. Master the Rule of Estrus
Observation of estrus in dairy cows is an important basis for timely insemination. Dairy farms use artificial observation of estrus cows from 4:00 a.m. to 7:00 p.m. to observe the estrus of dairy cows every day. The cows are cooperated by the feeders and breeders. They insist on not leaking estrus cows. According to the degree of follicle development of dairy cows, the mating time, location and frequency are determined. The suitable time for insemination of dairy cows is based on their estrus external performance. And follicular changes determined that after the peak of sexual desire in dairy cows, when the follicle reached maturity and approached ovulation, the fertilization rate was the highest in estrus, and the closer the time of ovulation, the better. This is one of the important factors to increase the conception rate during estrus.

3. Choosing the Best Breeding Time
It takes a period for the uterus to recover after giving birth to a newborn cow. Usually, the time for the uterus to recover is about 40 days. After uterine restoration, it is advisable to have the first mating between 60 and 90 days postpartum after a period of consolidation and self-cultivation. If the mating is too early, the uterus is not fully restored, which may lead to abortion and affect embryonic development. Later mating (more than 100 days) will result in longer calving intervals, higher feeding costs, and lower fertility rates.

Ten minutes after insemination, the intramuscular injection of 100 international units of oxytocin can strengthen peristalsis and contraction of the uterus and the restored uterus of old cows, and promote the movement of eggs and sperm in the reproductive tract.

In some high-yielding dairy cows, follicles develop to a certain extent and delay ovulation or atrophy. When ovulation-stimulating hormone 3 is injected intramuscularly at 200 micrograms, the follicles will mature and ovulate quickly. High-yielding cattle who were repeatedly pregnant 120 days after delivery and injected 200-400 micrograms of ovulation-stimulating hormone 3 intramuscularly one hour before insemination can improve the pregnancy rate during estrus.

For estrus delayed ovulation and immature follicle development cows, progesterone 40-60 mg was injected intramuscularly before insemination. Insemination immediately after injection, and insemination and medication once per estrus can increase the pregnancy rate during estrus.