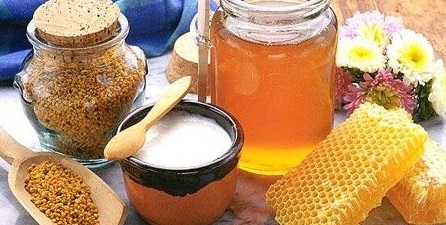 How to Tell Real Honey from Fake Honey?

With people's awareness of the health function of honey, people's demand for honey is also increasing. However, due to the lack of effective supervision in the Chinese market, counterfeit and inferior products are also flooding the market. Driven by profit, the unscrupulous profiteers extended their immoral hands to honey. The annual production of honey in China exceeds 540,000 tons, but nearly 800,000 tons are circulating in the market. Can't you see anything? Ok. Now how do we distinguish between real honey from fake honey? Real honey vs fake.

Definition of honey: Honey bees collect the nectar, secretions or honeydew of plants, mix with their own secretions, and then fully brew the natural sweet substance.

There are many raw honey authenticity identification methods commonly used at home and abroad, mainly for the corresponding detection technology adopted for the changes in certain physical and chemical properties of honey caused by different adulterants. For example, after adding C4 plant sugars (such as corn syrup and sugar cane syrup), the 13C/12C in honey will change, and stable carbon isotope detection technology can be used, which is also the method recommended in China’s national standard.

Near-infrared spectroscopy and fluorescence spectroscopy use honey's unique spectrum to detect polyphenols and amino acids that can produce fluorescence; differential scanning calorimetry is used to determine changes in heat characteristics in adulterated honey, such as changes in glass transition temperature (Tg); The pollen protein in honey is also used as chemical markers, and immunoblotting is used to identify the authenticity of honey.

In order to ensure that consumers can eat real honey, the state should continue to introduce new identification methods and standards, strengthen supervision, and severely penalize unscrupulous vendors who adulterate honey.

1.Now the honey testing regulations in your area before buying

The honey standards issued by some countries or regions require the mention of added substances. Try to find the honey purity laws in your area so you know whether you can be relieved seeing a honey label on the bottle in your local grocery store.

In the European Union, any product sold as “honey” must not contain any additives, including antibiotics used to treat bee diseases. Any honey that seriously affects the taste must be sold as "Baker's honey" for processed food.

The US government does not test the purity of honey and allows the use of trace amounts of antibiotics. The USDA logo does not mean that the honey is pure.

Florida is the only state in the United States that requires honey to display all additives, as long as it is produced and sold in Florida. Beware of substances sold under other names, such as "honey mixtures" or "honey products" that do not fall under this law.

In addition to the ingredient list, check the brand name or logo to check for "additives" or "added flavors." Pure honey should have only one ingredient: honey. However, even if other ingredients are not listed, the manufacturer may not be telling the truth.

The color of real pure honey has 7 grades from white to dark amber. The pure honey is transparent and has only a small amount of pollen scum suspended in it, and no other excessive impurities. The color of honey is different depending on the nectar source and plant, but the honey in the same bottle should be uniform in color, mostly transparent or translucent. Real honey contains some protein, biological enzymes, minerals, pollen, etc. Ingredients, so it does not look very clear, white, light yellow or amber, fake honey is just the opposite. Because fake honey is boiled with sugar or faked with syrup, it is bright in color, generally light yellow or dark yellow, with a delicate texture.

Tasting is not an accurate way to test additives, but if you are most concerned about taste, it may just be a decision you need to make. Please note that the "weird" taste does not necessarily mean that the honey is not pure. There are many different kinds of honey. They are made from the nectar of different flowers, sap and even the secretions of sap-eating insects. Each of these will produce a different taste, even honey from the same beehive. Since they collect nectar from different sources, the tastes may also be different.

If the supermarket does not provide samples and you have no choice but to buy back the honey you want, how do you do the test at home?

Do honey test at home

These kinds of honey don’t exist

The corolla of honeysuckle is long and thin, and the bee's mouth is very short, making it difficult to gather honey. The so-called honeysuckle nectar that appears in the market is using high-concentration honey soaked with buds of honeysuckle flower buds. Although it also contains the essence of flowers, it is not the same concept as the nectar directly collected by bees.

The source of honey is nectar, and the source of nectar is plant nectary. When the plant is about to bloom, the nectary in the center of the flower secretes nectar, while the pistil and stamen of the rose at that time have shrunk. There is no nectary, let alone nectar.

Saussurea usually grows above the snow line at an altitude of 4000 meters. The climate is changeable, rain and snow alternate. It is difficult for bees to survive. Can they fly to such a place to collect honey?

The grape has only pollen but no nectar.

The pine tree blooms in May, but in May there are various kinds of flowers everywhere, and bees rarely pick it. Moreover, the honey flowing from the pine trees cannot be digested by the bees, and the bee is easy to get a belly disease and die. The beekeeper will not let the bees pick it. The pine tree symbolizes immortality. Those who want to live forever are gullible to it.

The ginkgo flower itself hasn’t nectar. The ginkgo honey on the market is made of real or fake honey with ginkgo extract.