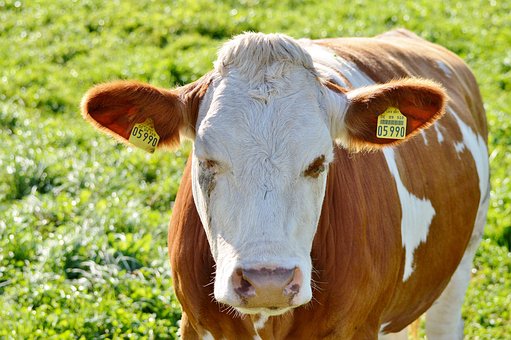 How to prevent common diseases of dairy cows

Mastitis is a common disease in dairy cows. Mammitis occurs in 20%-60% of midwifery dairy cows. After inflammation of the breast, lactation decreases and the milk deteriorates. Inflammation can eventually destroy breast tissue and make part or all of its breasts lose lactation function. Breast trauma, improper milking methods, unclean milking or delayed milking, combined with unclean environment and lack of attention to breast hygiene, provide opportunities for microbial infection, can promote the occurrence of the disease. 80% to 90% of the cases were caused by Staphylococcus aureus and Streptococcus infection.

Cattle breeding with high protein is prone to hair loss. With the nature of inflammation can be divided into serious inflammation, catarrhal inflammation and cellulosic inflammation, mammary inflammation, fever and pain, reduced lactation, and may also appear systemic symptoms. The delayed treatment turned to chronic suppurative inflammation. Most will cause breast induration, atrophy, loss of lactation function in one or more areas, some may cause narrow or atresia of the mammary cistern due to mastitis, and some may secondary to breast gangrene or dairy cattle death.

Treatment:
(1) A cold compress can be applied at the initial stage of swelling, fever, and pain. A hot compress can be applied 2 to 3 times in a later period.
(2) Breast irrigation can produce good results in the treatment of various types of mastitis. Before rinsing, the nipples should be disinfected and the accumulated milk in the breast should be squeezed as cleanly as possible. Each nipple should be rinsed with 1%-2% baking soda water before being injected with antibiotics.
(3) For suppurative mastitis, abscess located in the superficial subcutaneous layer should be incised as soon as possible to drain pus, if, in the deep layer, the pus should be extracted by syringe, and then injected with antibiotics.

The disease is also called ketosis. It is caused by metabolic disorders of carbohydrates and volatile fatty acids and accumulation of ketones (acetoacetic acid, acetone, and beta-hydroxybutyric acid) in blood and tissues. Most occur in the lack of exercise feeding high-yielding cows rich in protein and fat. Because of the metabolic disorders of sugar and fat, numerous ketones accumulate in the body. At the same time, blood sugar decreased and blood lipid increased, which led to a series of symptoms. Most of them occur in high-yielding female cows with good nutrition facts between 4 and 9 years old and often develop after one week of delivery.

The main symptoms were loss of appetite, a decrease in body condition and a decrease in milk production. Neurological symptoms were the first excitation and then inhibition. In the later stage, nutritional exhaustion, emaciation, paralysis of limbs, lying on the ground, sometimes in a semi-lethargic state. The breath of diseased cattle, milk, and urine all contain ketone odor (like the aroma of chloroform). If not treated in time, it will eventually be eliminated because of the long-term lying down.

In peacetime, we should strengthen the feeding management to meet the energy needs of various production conditions, rationally mix feed, and feed more sugary feed and high-quality green (hay) grass and juicy feed. Cattle should exercise properly and be exposed to sunlight.

The disease is caused by the delayed discharge of gastric contents due to decreased contractility and excitability of the anterior stomach. It is mainly due to improper feeding management, such as sudden changes in feed, improper formulation of feed, poor feed quality, and unclean drinking water. The appetite, rumination, and belching of diseased cattle decreased or stopped, the milk yield decreased and the spirit was depressed.

Rumen peristalsis was weakened and the odor was foul. Rectal examination or palpation of the rumen, feel full but not firm. Temperature and pulse are normal. A few acute cases can not cure themselves after 2 to 4 days of stopping food, but most of them will turn to chronic if not treated in time. The sick cattle will progressively lose weight, stop lactation, deteriorate their health, exhaust and lie down and die.

Rumen accumulated food is an acute disease of dairy cows, which is characterized by indigestion, food mass stagnation and fermentation in the rumen. Accumulated food caused by soybean and cereal concentrate often causes damage to the central nervous system function, including dehydration, acidosis, dyskinesia, and asthenia. Excessive intake of starch-rich and root-tuber feedstuffs and decomposition by some Gram-positive bacteria in the rumen, such as Streptococcus Bovis, produce numerous organic acids, inhibit or even kill ciliates that decompose, utilize cellulose and microorganisms that utilize lactate, which are the main causes of this disease.

The absorption of lactic acid in the rumen leads to acidosis. Lactic acid stimulation of rumen mucosa can lead to chemical rumen inflammation. Acute cases developed within 12 hours after feeding. The initial symptoms were mental excitement and kicking with the hind legs due to abdominal pain. Later, he was depressed, unwilling to walk, breathing urgently, often moaning, appetite stopped completely, and drinking water decreased. In severe cases, the gait was faltering, the walking was unstable, the vision was not clear, and the obstacles were unavoidable. When the course of illness is delayed to more than 48 hours, the sick cattle often lie on the ground in postpartum paralysis posture. They are slow to respond to various kinds of diseases and fall asleep. Most of them have severe dehydration and acidosis symptoms. The prognosis is poor and death can occur within 72 hours without treatment.

Production paralysis, also known as milk fever, is a serious metabolic disease that occurs suddenly in cows before and after childbirth. The disease mainly occurs in high-yielding dairy cows within three days after delivery, mostly in 3-6 fetuses. The main cause of this disease is the supply of calcium and phosphorus in feed, the imbalance of intestinal absorption and endocrine function, and the consumption of large amounts of calcium in fetal growth and milk secretion. It is characterized by the cessation of knowing urine.

Milk production declined. Mental depression, slightly uneasy performance; there are also after the emergence of uneasy panic, barking, rage, gaze and so on. Several hours after the initial symptoms appeared, the cattle were paralyzed to the ground. Soon there was depression of consciousness and loss of consciousness. The lying posture of the sick cattle is special, that is, the limbs are bent under the body, the head is bent back to the side of the chest or the head and neck are "S" shaped. Hypothermia is another characteristic of the disease. If the disease is not treated in time, it can hardly recover. Most of the cases deteriorate within 12 to 24 hours and eventually die of respiratory failure.

Treatment:
(1)Make blood calcium return to a normal level as soon as possible. Calcium gluconate borate injection (containing 4% boric acid) of 20%-25% is commonly used for 500 ml and intravenous injection (time should not be less than 10 minutes). Or with 10% calcium gluconate 1000 ml, or 5% calcium chloride 500 ml, slow intravenous injection.
(2) A breast ventilator is used to pump air into the breast. Make breast pressure increase, reduce lactation to reduce calcium consumption in the body.

It is suggested to start feeding low calcium and high phosphorus diet 2 weeks before delivery to stimulate the function of the parathyroid gland and promote the secretion of the parathyroid gland, to improve the ability to absorb and utilizing bone calcium. Feeding vitamin D and increasing the content of calcium and phosphorus in the diet in time after parturition can reduce the incidence of disease.