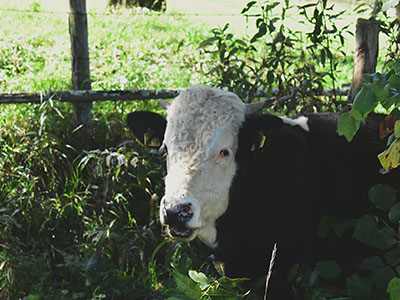 1. The work of heat prevention and cooling is not good, and cow milk production decreases during heat stress.

2. The pregnancy rate of insemination in the ranch affected by heat stress is low from July to September every year, which leads to a decrease in the proportion of cow pregnancies. In April-June of the following year, there will be more dry dairy cows and fewer new cows.

3. Artificial insemination is carried out seasonally in ranches. Breeding is stopped in some ranches from September to November to prevent calving losses from June to August next year.

The biggest daily cost of ranch investment is the feeding cost of cattle, and the main source of production efficiency of cattle is milk production and reproduction. Therefore, the ultimate goal of the rancher's work should be to let the suitable cows breed and produce milk as soon as possible. Doing well in the following aspects will help to improve the economic efficiency of the ranch.

(1). In April, the ranch should prepare for the installation of heat-proof and cooling equipment in advance to ensure that the air velocity in the cowshed reaches 3 m/s.

(2). Conditional branches are equipped with spraying cooling equipment to reduce the temperature of cowshed and cow surface during heat stress, to reduce the impact of heat stress on dairy cows.

(3). Setting up sunshade shelter, sunshade net and other facilities for preventing heat and cooling in the feeding passage and lying area of the young cowshed. During the period of June-August, the normal feeding density should be reduced so as not to affect the oestrus of cattle. Voluntary balanced calf-producing ranches in the Southern Region shall be carried out according to nutritional and management measures such as perinatal cows and new-born cows during the heat stress period.

(2). During the period of heat stress, it is suggested that perinatal delivery of dry milk should be carried out 7 days ahead of schedule, and the inspection of the perinatal cowshed should be strengthened. Cows with signs of impending labor should be transferred to the delivery room in time for calving.

(3). During the first two months of gestation, the group was transferred to the dry milk shed, and 7 days earlier to the perinatal shed.

During the perinatal period (including 30 days of young cows before delivery), oatmeal of the highest quality was used, and heat stress additives such as active yeast, ruminal nicotinic acid or choline, and organic chromium additives were used.

The low reproductive efficiency is the difficulty faced by most ranches. It leads to the cows in the ranch are not balanced quarterly. With the long seasonal insemination operation, the ranch will enter the bottom of milk production from July to September. In order to alleviate the contradiction of sufficient milk but low profit in February-April, it is suggested that ranch should adjust the peak lactation period of young cows to June-September of the next year by transferring calving time, and then increase the raw milk supply in July-September of the next year to reach the balance of low-peak milk production.

Suggestions on the reproductive operation of bred cows

Bred cows weighing about 550 kg approached body maturity, and large cows responded more significantly to heat stress. At the same time, it is more suitable for bred cows to use conventional frozen semen for reproduction, so it is suggested that the ranch should carry out normal insemination for adult cows from July to November to speed up pregnancy efficiency.

Suggestions on the reproductive operation of young cows suitable for reproduction

（1）. The young cows that reached the suitable breeding in May-September of that year will be concentrated in July-September of that year to breed so that the pregnant young cows will calve in April-June of the next year. The heat stress reaction in April-June was not intense and the recovery rate of new-born cows was higher than that in July-September. Postpartum diseases were relatively less.

（2）. It is suggested that sex-controlled frozen sperm be used to breed pregnancies in young cows. In the following year, the birth rate of female calves was more than 90%, while the average birth weight of female calves was less 5-10 kg than that of male calves, with a decrease of 2% in dystocia coefficient.

（3）. It is suggested that the ranch should use a synchronized estrus technique for adult cows and young cows in July-August so that the calves can produce in April-May and the recovery time after delivery is longer than that of heat stress.

（1）. To prevent fetal placenta retention, vitamin A and D and selenium were supplemented 21 days before delivery. The dosage of premix (including mineral elements, trace elements, vitamins, yeast, etc.) could be increased to 1.2 times during the non-heat stress period for the self-mixed ranch. Calcium and magnesium were supplemented in time after delivery, and a nutrient solution containing propylene glycol, calcium propionate, and other substances was taken.

（2）. To prevent ketosis, propylene glycol was taken for three consecutive days after delivery, 500 mL a day. Rumen nicotinic acid, choline and nicotinamide were fed during the perinatal period.

（3）. For postpartum paralysis and the displacement of the abomasum, it is suggested to use anionic salts in the perinatal period. The addition amount of anionic salts can be explained by reference. The difference between anion and cation is - 5 - 15 meq/kg. The detection method is to determine the urine of perinatal cows. The pH range of anionic salts urine is maintained at 5.5 - 6.5 as normal value by feeding anionic salts.

（4）. Microbial reproduction in the delivery room is faster in summer. It is suggested that disinfection and ventilation of the delivery room every day can effectively prevent the occurrence of uterine inflammation. In high-risk cows (twins, placenta retention, dystocia, postpartum paralysis, stillbirth, and abortion), PG5ml is injected intramuscularly 14-21 days after delivery.