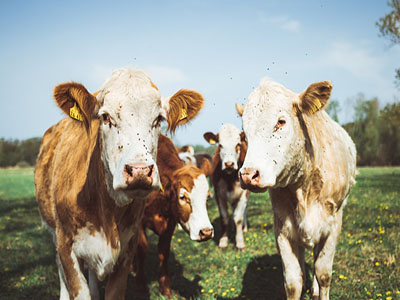 I. Early lactation
From calving to 70 days of postpartum, dry matter intake and appetite of dairy cows are not completely restored and about 15% lower than that of late lactation. During this period, cows generally lose 35-50 kg of body weight, with an average daily loss of 0.5-0.7 kg, and in some cases, with an average daily loss of 2-2.5 kg per day. At the early stage of lactation, the proportion of concentrate to roughage, calculated by dry matter, is about 55-60% : 45-40%.

There are two feeding methods as follows:
1. Our traditional feeding method:
After calving, cows are allowed to freely feed on high-quality hay and try to avoid feeding too much corn silage. After feeding concentrate, observe the eating situation on that day. If there is no concentrate left, and a large amount of hay is eaten, the spirit, excrement, and rumination are normal, milk volume is also increasing, you can feed 0.5-1 kg concentrate every day, otherwise, you can not feed. The concentrated feed is fed three times a day, usually no more than 3 kg per feed, and should be mixed with roughage before feeding.

2. Complete ration feeding method:
First, the nutritional components needed by dairy cows are calculated according to the factors such as milk yield, milk fat rate, body weight and weight loss at the initial stage of lactation, then the corresponding dietary nutritional level and the total amount of preparation are calculated, and the feed formula is determined. Then, the shorter roughage, concentrate, dregs feed, buffer, mineral elements, vitamins, and other additives are mixed evenly with a special mixer (or artificial) for cows to feed freely. This will not cause digestive dysfunction, rumen acidosis, overeating, and other problems, and the amount of food intake, nutrition will be balanced, then the milk production increased rapidly.

II. Mid-lactation
The peak lactation period of cows just passed 71-140 days after delivery, but dry material intake entered the peak period and body weight began to recover. At this stage, the nutrients obtained by cows not only meet the needs of maintenance and milk production but also need to be used to restore postpartum lost weight. If the superfluous nutrients obtained by cows are well-balanced and the uterus returns to normal, they can have normal estrus and breed and conceive 90-110 days after delivery. It is very important to feed complete ration in the mid-lactation period. The main points of feeding techniques are as follows.

1. Complete ration diets can be fed according to the need to maintain milk production, regardless of weight change.

3. In summer, to prevent the effect of heat on the appetite of cows, they can be fed once before sunrise at 3-5 a.m. and the lowest temperature to increase their food intake and prevent and reduce the use of body fat to produce milk in cows with high lactation in this season

Ⅲ. Late lactation
141-305 days after calving is the late lactation period. Cows have entered the middle and late pregnancy. The nutritional requirements include maintenance, lactation, repair tissue, fat growth and nutrient deposition during pregnancy. Therefore, the nutrient requirements of cows increase. The main points of feeding techniques in this period are as follows:

2. A rectal examination should be performed before the anticipated cessation of milk to determine whether the cow is pregnant, to stop milking in time. A single cow may be pregnant with twins. The cow should raise its feeding level reasonably during the dry milk period.