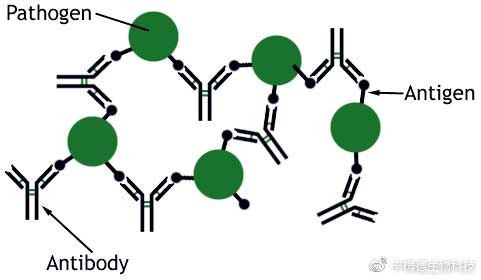 What is the difference between monoclonal and polyclonal antibodies?

Posted on  September 24, 2020, Edited by Jason, Category Antigens and Antibodies

What are monoclonal antibodies?

There is a big difference between monoclonal and polyclonal antibodies. Monoclonal antibodies are highly uniform antibodies that are produced by a single B cell clone and target only a specific epitope. Hybridoma antibody technology is based on cell fusion technology, which combines sensitized B cells and myeloma cells with immortal reproduction capacity into B cell hybrids tumor.

A single hybridoma cell with this characteristic is used to cultivate a cell population to prepare a specific antibody against an epitope, that is, a monoclonal antibody.

Fully human monoclonal antibodies: The variable region and constant region of the antibody are of human origin, eliminating immunogenicity and toxic side effects.

The positive wells that have been tested for antibodies can be cultured and cloned to obtain monoclonal antibodies secreted by the offspring of a single cell. Generally speaking, the earlier the cloning time, the better. Because during this period, various hybridoma cells grow vigorously at the same time, competing for nutrition and space, and the cells producing the specified antibodies may be submerged and eliminated.

However, the cloning time should not be too early, otherwise the cell traits are unstable, and the number of cells is small and easy to lose. The cloned positive hybridoma cells, after a period of culture, will also lose the ability to produce antibodies due to cell mutations or loss of specific chromosomes, so they need to be cloned again and again. The number of cloning is determined by the secretion ability and the immunity of the antigens. Generally speaking, the number of clones of a strong immune antigen can be less, but at least 3 to 5 clones can make it stable. There are many methods of cloning, including limiting dilution method, micromanipulation method, soft agar plate method and fluorescence activation separation method.

Since the advent of monoclonal antibodies, they have been applied in many fields of medicine due to their unique characteristics.

What is polyclonal antibody?

1. What does polyclonal antibody mean?

Polyclonal antibodies are a group of immunoglobulins secreted by the body's plasma cells that stimulated by heterologous antigens (macromolecular antigens, hapten conjugates). Polyclonal antibodies are widely used in research and diagnosis due to their ability to recognize multiple epitopes and cause precipitation reactions with short preparation time and low cost.

Cloning: refers to asexually reproduced cell line, which is a cluster of cell lines formed by the division and reproduction of a single progenitor cell. In all members of this family, if no mutation occurs, the genes are exactly the same.

Polyclonal antibody (pAb): Immunize animals with an antigen containing multiple epitopes, which can stimulate multiple B cell clones to produce different antibodies against multiple epitopes. The obtained immune serum is actually a mixture of multiple antibodies.

Monoclonal antibodies (mAb): Homologous antibodies produced by a clone of B cells that recognize an epitope. Highly uniform, strong specificity, high titer, little or no cross-reactivity.

Differences from monoclonal antibody preparation:
B lymphocytes treated with specific antigens and myeloma cells are fused to obtain hybridoma cells. After screening by HAT medium and detecting the titer by ELISA, a positive clone is obtained, and then do a cell culture or inject the cells into the abdominal cavity of animals (usually balb/c mice) and culture them with ascites, collect the supernatant/ascites and purify them to obtain monoclonal antibodies.