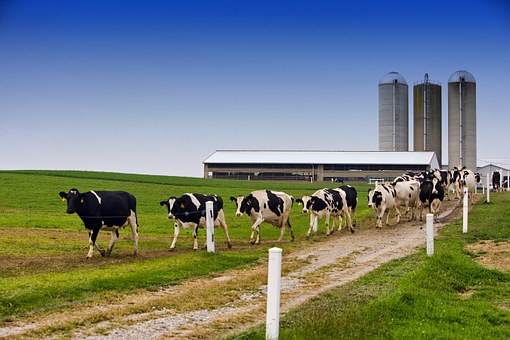 Etiological analysis and prevention of heterophilia in dairy cows

Heterophilia in dairy cows is a stubborn disorder of taste, which is caused by metabolic dysfunction, resulting in abnormal taste, thus appearing the phenomenon of licking and gnawing, the main characteristic of which is eating foreign bodies. The disease usually occurs in cows fed in the house in winter and early spring. The disease usually goes through a chronic process. If not treated effectively in time, the course of the disease will last for a long time, and eventually, death due to severe exhaustion should be prevented and cured. Next, let's get to know: Cause analysis of heterophilia in dairy cows, clinical symptoms and prevention measures of heterophilia in dairy cows.

The feed is undernourished. Dairy cows are fed a single variety of feed, which makes it unable to absorb comprehensive nutrition. Especially in rural areas, dairy cows are fed in a house in cold winter. They are not fed according to the nutritional standards prescribed by different stages of growth and development but are fed at will. They often use crop straw as roughage and cornflour as a concentrate. Because of the single variety of feed, the nutrition of dairy cows is incomplete and often lacks. Lack of certain proteins and amino acids, resulting in disease. The lack of certain mineral elements in feed or an unreasonable proportion of various minerals can also cause disease. For example, in the process of preparing feed, mineral elements are not added in time to make it lacks some elements for a long time, such as calcium, phosphorus, manganese, copper, iron, sodium, cobalt, iodine, etc., especially the intake of less sodium salt, which will prompt the body to lick alkaline substances. Also, although it can satisfy the mineral elements needed by the body, the unreasonable proportion of some mineral elements, such as an inappropriate proportion of calcium and phosphorus, can cause heterophilia.

The environment is bad. Over-feeding density, frequent contact, and conflict with each other, often attacking each other because of competition for drinking water, feeding and resting place, often prone to form a vicious habit, which may lead to xenophobia. Environmental temperature is too high, humidity is too high, muggy, poor ventilation, insufficient light, as well as the breeding of numerous mosquitoes and flies, coupled with the high concentration of harmful gases in the house, making the body restless, which can lead to foreign food.

Have some common diseases. Dairy cows suffer from cartilage disease, rickets, chronic dyspepsia, forestomach disease, fibrous bone malnutrition and some parasitic diseases (such as ascariasis, cysticercosis, coccidiosis) and so on. Although the above diseases do not cause heterophagy by themselves, they can cause a stress reactions in the body, thus becoming a factor inducing heterophagy.

When a cow suffers from heterophilia, it usually develops dyspepsia first, and then leads to abnormal taste and heterophilia. Sick cattle bite, lick, swallow fecal forage or mattress, lick troughs, walls, sewage, soil, bite stones, tiles, bricks, cinders, paper scraps, plastics, wine bottles, iron sheets, rags, soles, hair and paint, and other foreign bodies. They often gather in garbage dumps, garbage stations, and stop drinking water or eating foreign bodies. It is easy to panic at the beginning, very sensitive to external stimuli, and then slow to respond. Generally accompanied by loose hair loss of luster, dry skin, weakened elasticity, depression, loss of appetite, weakness and fatigue, grinding teeth, bowing waist, chills and malnutrition, and other symptoms, thus affecting growth and development in varying degrees. The mouth is dry, constipation will occur in the initial stage, dysentery in the later stage, or alternate dysentery and constipation; anemia, body thinning, loss of appetite, aggravation of symptoms, and even death due to severe exhaustion. Also, milk production during lactation decreases, estrus is delayed and miscarriage occurs during pregnancy.

Western medicine treatment. According to the different causes of the disease, we should take targeted symptomatic treatment. Generally, insect repellent is carried out first. Albendazole, Ivermectin, etc. are often used. Then improve the digestion and absorption function and adjust the gastrointestinal environment, that is, adjust the proportion of different nutrients in the feed properly to ensure a comprehensive and balanced, in the absence of certain nutrients, we should focus on supplementing, especially mineral trace elements. For example, the dosage of cobalt chloride is 10-25 mg for calves, 35-45 mg for young and adult dairy cows; the dosage of saltwater is sprayed on hay; a certain amount of salt, shell powder, iron powder, charcoal powder, and koji are added to forage; 30-40 g calcium powder, 60-120 g baking soda, 170 g can also be taken directly. Artificial salt was used once a day for 7 to 9 days.

Surgical treatment. If the diseased cattle eat too much foreign matter, the use of drug treatment is ineffective, and the body condition permits the use of rumen incision, which will accumulate in the rumen foreign body mass removed. The routine surgical department should prepare the corresponding surgical instruments. Generally, the middle point of the horizontal connection between the left hip tubercle and the final rib and the 6 cm position below the transverse process of the lumbar spine is selected. The incision length is appropriately controlled at about 25 cm from the operation to the vertical downward incision. Rumen incision is used to open the surgical pathway. It can be seen that there are foreign bodies intertwined in the rumen. If they can not be removed directly, surgical scissors can be used to cut off the entanglement and then remove them one by one. Generally, the diseased cattle can eat on the second day after the operation, and ruminant occurs, the rumen can peristalsis, and the body temperature returns to normal. In the first three days after the operation, the diseased cattle should be injected with appropriate penicillin intravenously and with cardiac tonic fluid. After 4 to 10 days, they can be injected with appropriate penicillin intramuscularly. After checking everything is normal, the suture can be removed.

Improve feeding management. According to the nutrient requirement of dairy cows at each growth stage, feed full-price formula feed to ensure nutritional balance and supplement appropriate additives. Generally, 4.5 g of calcium, 3 g of phosphorus, appropriate trace elements and sufficient salt are needed for every 1 kg milk production. Also, feeding should ensure fixed breeders, fixed time, quantitative, forbidden to feed moldy or frozen feed. When dairy cows are fed silage, some hay can be added together. At the same time, according to the feeding ecology of the cattle farm, we should adjust the feeding density reasonably, maintain good hygiene and remove waste products in time, such as broken plastics, rope heads, rags, sheets of iron, wire, etc. Strengthen the prevention of parasitic diseases, regularly carry out insect repellent, to avoid heterophilia caused by parasitic infection.