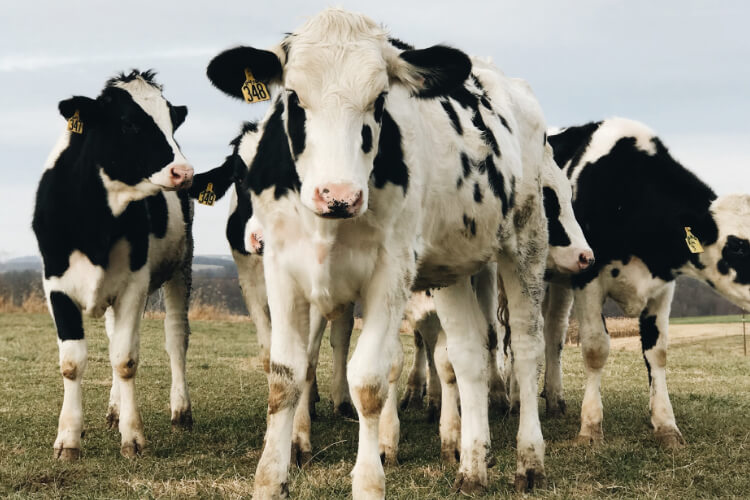 Brucellosis is one of the most widespread zoonotic diseases that has rendered much loss to animal and public health and world trade. Brucellosis poses a threat of infection and economic losses in cattle. Brucellosis in cattle will cause the decrease in milk production, weight loss, loss of young ones, infertility, and lameness makes this disease an immense threat to livestock productivity. Its ability to spread rapidly and transmission to humans makes it more serious.

What is brucellosis in cattle?

Bovine brucellosis is a disease that is responsible for mass abortions in cattle herds. Infected animals become a carrier and suffer harmful reproductive problems. It spreads through direct or indirect contact. The causative agent of brucellosis disease is Brucella that is localized in reproductive organs and then multiplies. Due to brucella infection, pregnant females can suffer abortion or stillbirth, and the newly born can die if the uterus is infected. Bacteria shed in cattle milk, through the aborted fetus, afterbirth, or other reproductive tract discharges. Male animals suffer from reduced fertility. Current managemental practices and herd structure allows endemic brucellosis.

What are the symptoms of brucellosis in cattle?

Brucellosis symptoms can vary from acute to subacute and chronic depending upon the organ in which Brucella resides and the type of animal. Brucellosis cannot be detected effectively in an infected animal by its appearance. Abortion or the birth of weak calves is a visual sign of brucellosis in pregnant animals. Low fertility rate, low conception rate, and retained placenta with uterine infections can be a sign of brucellosis in cattle. Sometimes swollen or arthritic joints also are seen in brucellosis. Changes in the regular lactation period caused by abortions and delayed conceptions can cause a reduction in milk productivity.

If a pregnant cow becomes infected with brucella, its udder shows inflammation, and sometimes bleeding from the vagina is seen. Not all the infected cows abort, but those who do, do it mostly in the third trimester i.e. 6th to 8th month of pregnancy. Infected cows usually abort once, but the calves from later pregnancies are unhealthy and weak. Calves from infected cows may have latent infections, which means that they have an ailment that may remain undetected until they get pregnant, abort, or give birth. The calves may appear healthy, but the infected cows discharge and transmit Brucella continuously. Hence, infected animals are a dangerous source of disease.

What causes brucellosis in cattle?

Brucella has been named after a British physician David Bruce who isolated and identified it first in 1887. In 1897, a veterinarian studied a disease of cattle that referred to as contagious abortions, who isolated an organism and named it Bacillus abortus. Later a veterinary scientist Karl Meyer grouped these abortion-causing agents under the genus Brucella after the name of Dr. Bruce to settle nomenclature issues.

How to test brucellosis in cattle?

It is one of the easy tests to implement and most widely used for identifying Brucella antibodies in serum. It is a rapid slide agglutination test, and it takes less than 2 minutes to perform RBT. This test uses a suspension of Brucella abortus smooth cells stained with rose bengal dye to find out Brucella agglutinins. If the sample from the animal contains IgM or IgG it shows that the animal has brucellosis disease. If no agglutination occurs, the animal is negative for brucellosis.

If the test is positive then we have to confirm it with the help of serological tests.

Although the Rose Bengal test is rapid and inexpensive, it has few limitations also. It has low specificity in chronic cases and low sensitivity in endemic areas.

ELISA is usually performed to detect antibodies or antigens in a sample. It is a highly sensitive quantitative technique. ELISA has been named so because it involves the use of an immunosorbent, an absorbing material that is specific to one of the components of the reaction either antigen or antibody. It is usually done in a 96 well plate for ease of automation with a micropipette.

In ELISA the labeled antigen competes for primary antibody binding sites with unlabeled sample antigens. If more antigen is present in the sample, the lesser labeled antigen retained in the well and weaker the signal is.

ELISA tests are relatively accurate and have high specificity as well as sensitivity. It can even detect impure samples by binding selectively to the antigen in the sample if present.

Recently PCR has been used for the validation of serological tests because it is valuable in detecting specific pathogens that are difficult to culture in vitro. PCR possesses high sensitivity and high specificity.

Although Brucella can be screened from blood culture, it is not widely used because of its poor isolation from the blood.

It is one of the most popular and worldwide used tests. It measures the level of agglutinating antibodies IgG and IgM. It tells nothing much about sensitivity and specificity, so it must be used only when there is no other technique carried out.

The principle  is similar with ELISA test kit. Comparing with ELISA, it’s only taking less than 15 minutes to get a reliable result. Friendly to use, not required lab skills to operate.

How to treat brucellosis in cattle?

The aim for treatment of brucellosis is relieving symptoms, preventing a relapse of the disease, and avoiding any complications. Multiple attempts to find a proper cure for brucellosis have failed. Antibiotics have to be administered for a long period for brucellosis, but most of the time, such treatments have only proved effective for short periods. Symptoms of disease reappear, and it may become chronic. Administration of doxycycline and tetracycline for Six weeks has been reported to be effective by some veterinary clinicians, but their efficacy is questionable because this treatment was not effective for all the animals.

Although animals may recover for a short time, only the signs disappear, and the animal remains positive. That's why positive animals are a dangerous source of infection for other surrounding animals.

Role of vaccination in brucellosis

Many brucellosis vaccine for cattle have been prepared, which include DNA vaccines and live attenuated vaccines. Two of the most paramount live attenuated vaccines are S19 and RB 51. S19 is more effective ss compared to RB 51. It provides long-term immunity if it is administered in young calves of three to twelve months age. Its use can be harmful in pregnant animals because they can abort. RB51 is a live attenuated vaccine, and it must be administered by a qualified veterinarian only. Although it is not 100% effective, it still provides immunity by increasing animals' resistance against disease. It is only 70-80% effective in generating an immune response. For best results, female calves should be vaccinated when they are 4 months to 1 year old.

Some DNA vaccines have been used against brucellosis, and they have shown promising results, however, the drawback is that they require multiple booster shots before giving the required level of immunity to the animal against the disease. In China, the S2 Brucellosis vaccine for cattle has been in use widely, but it has certain drawbacks because it causes inflammation.

The bottom line is that there is no effective brucellosis vaccine for cattle that can provide long term immunity without any drawbacks or side effects.

How to prevent infection of Brucella in cattle?

An effective brucellosis in cattle vaccination for cattle is the best strategy to prevent infection. Currently, several vaccines are used against brucellosis.

Proper herd management strategies are effective in the prevention of brucellosis in cattle. Proper sanitation methods should be followed at the farm.

The agent responsible for causing brucellosis in cattle is widespread in the environment, and it can live up to a month in optimum conditions. It is transmitted from infected animals to healthy animals, but brucellosis transmission can be stopped if the agent, Brucella abortus, is killed by using disinfectants or heat. The areas exposed to the infected animals should be cleaned thoroughly by using strong disinfectants to prevent the spread of brucellosis.

It should be kept in mind that brucellosis is a zoonotic disease, and it can spread from cattle to other species including humans. If other animals belonging to different species are also present on the farm, they must also be tested and screened for Brucella. Special care should be taken wild disinfecting because Brucella can infect human beings also.

How to control infected cattle and avoid the spread of brucellosis?

Diagnostic tests should be performed to find infected cattle in the herd. They are also helpful in determining if the adjacent herds are also affected. The most probable source of the infection should be determined and it should be confirmed if the disease has been transmitted to other herds.

If the infection of Brucella is confirmed in an animal, it should be quarantined immediately, and its movement should be restricted to slaughter only. It should be separate from all other animals at the farm and if possible, all the associated animals must also test for Brucella. Brucella positive animals must be culled because Brucella has no proper treatment, and even if the animal does not show symptoms after treatment, it is only for a short time and signs reappear.

In the case of a positive test result of brucellosis, epidemiologists and specially trained veterinarians should investigate the source of the disease and develop herd plans for the affected herd, possibly exposed herds, and other herds in the area to control, eradicate, and prevent the spread of brucellosis.

What to do with brucellosis infected cattle?

Quarantined. All the secretions and discharges from the body must be buried deep inside the ground so that other animals do not contract the disease. Urine, saliva, milk, and blood of the animal that has tested positive for Brucella should be keep away from other animals. Its movement should be restricted to the slaughter area only. It should be slaughtered immediately, and its meat should be culled. Depopulation of Brucella-positive animals is recommended.

Although brucellosis in cattle has been eradicated from various developed countries, still, it is an important veterinary and public health problem in most of the developing countries of the world because abortions and infertility in herds result in economic loss. Moreover, brucellosis causes a decrease in milk yield. Brucellosis is not only an immense threat to livestock but also a Global Public Health issue.