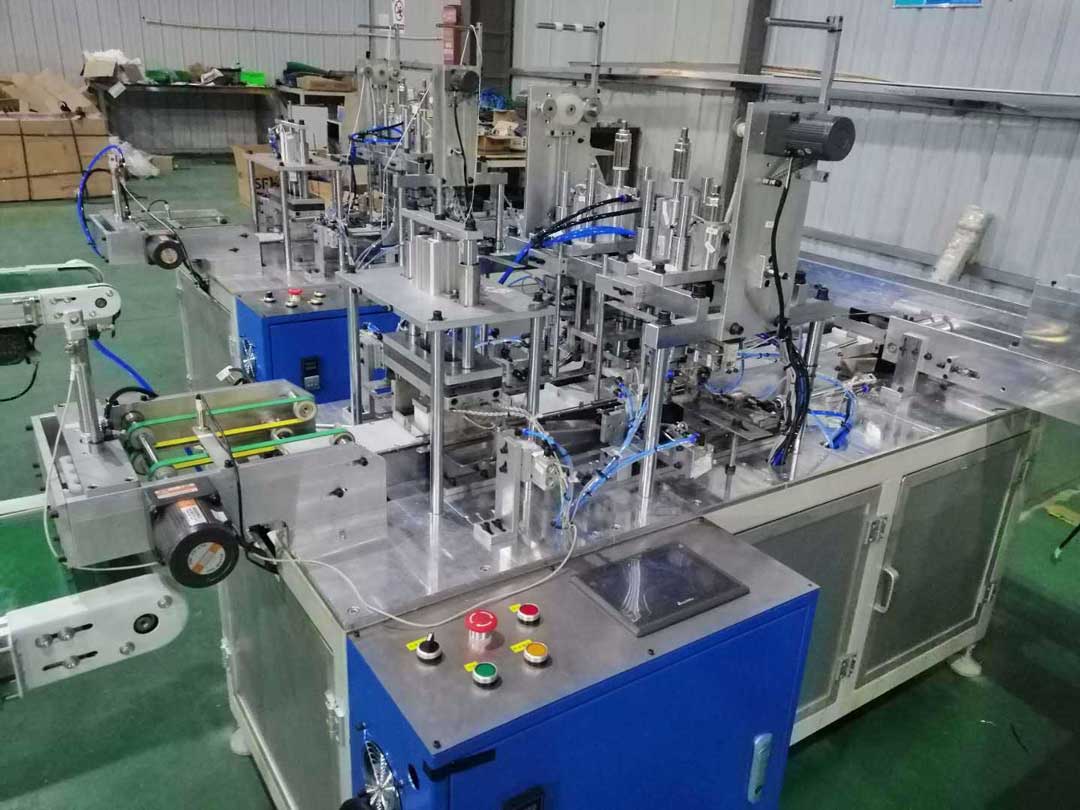 A few days ago, the General Administration of Customs issued a paper announcement on the inspection of export commodities such as medical mask and other 11 categories of articles, and once again set the mask on the upsurge of attention. With the continuous spread of the new coronavirus in the world, the N95 mask making machine, which is mainly for export, has been the target of competition.

"Spot welding machine, filming machine, small melt-blown machine, as long as it is in stock, the price is easy to say." In order to get a mask making machine spot, many business owners even squatted in front of the mask making machine factory and other shipments. Some listed companies have also transformed their production lines and urgently switched to mask making machine. However, problems such as delivery risks caused by multiple reselling, repeated commissioning caused by hastily going online, and highly defective rates due to lack of experience have also surfaced.

The impact of capital and some local policies is also heating up this market. As early as February, the Guangdong Provincial Department of Industry and Information Technology provided production incentives to equipment companies such as mask making machine and other critically-needed equipment and key components. Golden Sun, a listed company that produces mask making machine, received a letter of concern from the Shenzhen Stock Exchange because it won three consecutive daily limit boards. Even listed companies such as Yinghe Technology and TOP-STAR have also crossed the border and set their sights on the mask making machine business.

"There are no stocks, all futures. I have to go to the factory to get them." A Dongguan's "download" told reporters that the current future price of the fully automatic KN95 mask making machine is 1.4 million yuan, which can be reached within 14 days Goods, the future price of the semi-automatic KN95 mask making machine is 950,000 yuan, and it will arrive in 8 days at the earliest. Loss of deposit. "

On the one hand, you can only get scheduled orders, but on the other hand, you have to pay half of the payment to the unfamiliar scalpers. This implies that buyers have to bear considerable delivery risks.

The owners of small and medium-sized enterprises who couldn't get the finished machine had the idea of assembling by themselves, and tried to "click on the map". The reporter found that the drawings of the KN95 mask making machine are currently on the e-commerce website and have risen from a few hundred yuan to thousands of yuan, including circuit diagrams, gas circuit diagrams, small body parts lists and so on.

"This is not an ordinary drawing on the market. It is an upgraded version after production verification and repair improvement, which can directly copy the machine." A merchant told reporters that the production line drawing of the new N95 semi-automatic tablet machine in his hand was 1800 yuan. Completed 2D and 3D drawings, it can be put into production directly after assembling.

Whether it's a machine pieced together according to the drawings or a complete set of stocks bought, an industry source told reporters that the mask making machine is "three-point machine, seven-point debugging," in addition to the need for special debugging, many times also need a second design. In the contact group of the mask making machine, various information for urgently looking for the debugger can be popped up from time to time: Begging for technicians who can debug the N95 equipment!" "The ear strap of the mask making machine cannot be clamped. The shears are constantly cut, and the operation is unstable. Who can support us?"

"Previously, our wages were generally 8,000 to 10,000 yuan, but in the most exaggerated two months, the manufacturer can pay 20,000 yuan a day. The unit price of mask making machine is almost 30,000 yuan. To 50,000 yuan. "Master Zhang, who specially received the mask making machine commissioning project in the Pearl River Delta region, said to reporters that some manufacturers have machine parts that are too light to use, and it is difficult to solve the problem of defective products after repeated debugging. "Once there is a problem with filming or sealing, most of them can only be scrapped, and a lot of melt-blown cloth is wasted in vain. We are also going crazy."

The reporter learned that mask can be roughly divided into two categories: ordinary mask and medical mask. In addition to export and import rights, merchants need different qualifications for customs clearance in different countries and regions. For example, medical mask need to be certified by the US FDA before they can be put on the market, and exported to the EU must be affixed with the CE mark regardless of whether they are medical or non-medical. Domestic manufacturers need to be certified in advance according to the relevant requirements of the countries where foreign customers are located.

"Recently, many mask factories in Shenzhen can't pass the customs and can be returned directly." Mr. Li said. Many companies that temporarily transferred to China did not understand the relevant laws and regulations on export certification. It is not certified by the European Union at all, and many "intimate services" claiming "expedited certification" hides various risks.

"The intermediaries are all certified by third-party agencies, and we can’t pass the customs. I issued more than a dozen certificates to the customs, and they always said no, which waste not only money but time!" An enterprise owner is on QQ There was anxiety in the group.

In order to regulate the export of mask and other medical materials, the General Administration of Customs, the Ministry of Commerce, and the State Drug Administration recently issued that export medical mask should be promised that their exported products have obtained China ’s medical device product registration certificate, which is in line with the quality of the importing country (region) standard requirement. Customs specially reminded that the qualification certificates required for customs clearance in the destination country such as FDA and CE are also necessary.