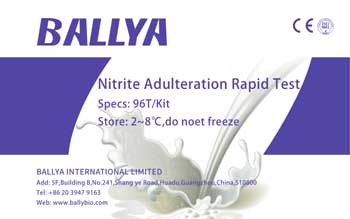 INTRODUCTION
The Hydrogen Peroxide Rapid Test For Milk kit is based on the Colloidal gold immunochromatography to detect raw, commingled cow milk at or below established tolerance and/or safe levels. This kit can be applied for on-site rapid testing by various departments.

Test Procedure
1. Read the manual instruction before testing. Be sure the raw or commingled milk and test kit in room temperature. (Note: the milk must has no precipitation or clot )
2. Open the pack, take out the test strip and sample-well, use it within 1 hour. The unused test strip must be sealed and out of sunlight and moisture.
3. Take the sample milk, let it become room temperature. Drop 200ul into the microwell, repeatedly pipetting up and down for 10 times, mix the with the reagent in the wells completely.
4. Then wait for 5mins.
5. Insert the test strip into the microwell with the end fully dipped.
6. Timer 5 minutes, then read the results.

Trivia questions : What is hydrogen peroxide？

Hydrogen peroxide, chemical formula H2O2. Pure hydrogen peroxide is a light blue, viscous liquid that can be miscible with water in any proportion. It is a strong oxidant. Its aqueous solution is suitable for medical wound disinfection, environmental disinfection and food disinfection. Under normal circumstances, it will slowly decompose into water and oxygen, but the decomposition rate is extremely slow.

Why hydrogen peroxide is stored in plastic containers?

Because hydrogen peroxide is easily decomposed by light, it should be stored in colored plastic bottles.

Hydrogen peroxide and other chemicals

Catalase (CAT) is an enzyme that catalyzes the decomposition of hydrogen peroxide into oxygen and water. It exists in the body's peroxides. Catalase is a marker enzyme of peroxisome, which accounts for about 40% of the total amount of peroxidase. Catalase is present in various tissues of all known animals, especially at high concentrations in the liver. Catalase is used in the food industry to remove hydrogen peroxide from milk used to make cheese.
Catalase is also used in food packaging to prevent food from being oxidized.

In the medical field, it is mainly used for disinfecting the surface of medical devices, and it can also be used for oral disinfection or cleaning wounds.
Because it is colorless, odorless, and has almost no residue after sterilization, it has many applications in the food industry.
For example, disinfection of dairy products, fruit juice, beer, drinking water packaging, containers and production lines, and disinfection of the surface of aquatic products, meat, fruits and vegetables.
It can also be used for washing and sterilizing milk heads. Low-concentration hydrogen peroxide spray can disinfect the air and floor of the plant. 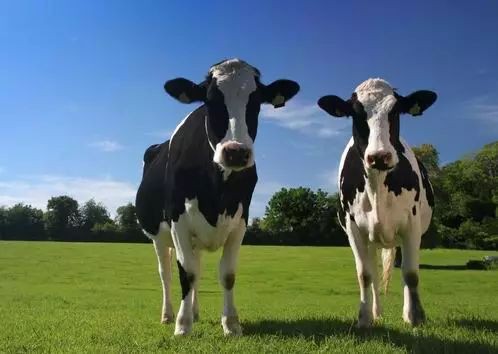 Hydrogen peroxide is unstable and easily breaks down into oxygen and water, so it is quite safe. However, the substance is toxic to aquatic life.

High concentrations of hydrogen peroxide are highly corrosive. Inhalation of vapor or mist of this product has strong irritation to the respiratory tract. Direct eye contact with liquid can cause irreversible damage and even blindness. Oral poisoning has abdominal pain, chest pain, dyspnea, vomiting, temporary movement and sensory disorders, and elevated body temperature. In some cases, visual impairment, epilepsy-like spasms, and paresis occurred.