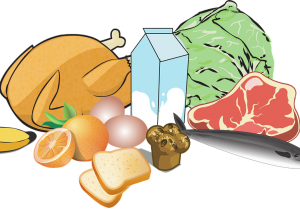 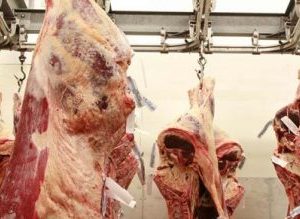 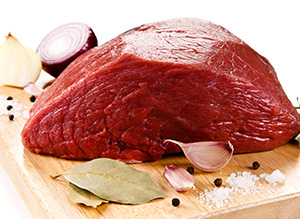 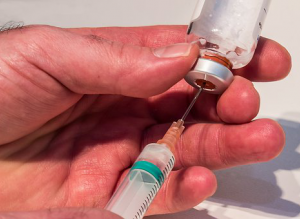 Introduction
It is a colloidal gold immunochromatography assay that detects the Clenbuterol, Ractopamine and Salbutamol in urine and tissue sample. This kit can be applied for on-site rapid testing by various departments.

Sample Preparing
Refer to the instruction

Test Procedure
1. Let the test card and sample at room temperature when sealed.
2. Open the package and use it within 1h.
3. Take out and place the test card on the flat desk. Pipette 2-3 drop of sample (about 60-80μl, no bubble) into two sample well.
4. Incubate for 3-5mins and read the result. The result after 30 minutes is invalid. 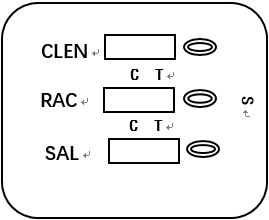 Trivia questions : What is ractopamine, clenbuterol and salbutamol?

Ractopamine is a synthetic Clembaam beta adrenal receptor agonist that can be used to treat congestive heart failure, muscular dystrophy, grow muscle, reduce fat accumulation, and benefit the fetus and newborn. Ractopamine is being used by some pig farms as a new type of lean meat extract. The scope of application and safety of this drug in the aquaculture industry varies from country to country. The production and sale of ractopamine has been banned in China since December 5, 2011.

Ractopamine is far less toxic than other lean extracts with the same function. Conventional doses of Clenbuterol can be metabolized and excreted in the body without causing harm to the body. However, excessive intake of ractopamine can cause different degrees of toxic reactions in the human body. The symptoms are similar to those of animal poisoning. Symptoms include muscle tremor, paralysis of the limbs, tachycardia, arrhythmia, abdominal pain, muscle pain, nausea and dizziness. Severe cases can cause hypertension, heart disease and even death.

Ractopamine hydrochloride is a medicinal material, a cardiotonic drug that can be used to treat congestive heart failure. It can also be used to treat muscular dystrophy, grow muscle, reduce fat accumulation, and be beneficial to fetal and newborn growth. Approved by the US FDA in 2000, it can be used for animal nutrition re-formulation and widely used in animal husbandry and aquaculture. It can simultaneously increase the daily weight gain of animals, increase feed utilization, and increase protein content of animals.

Clenbuterol is a colorless microcrystalline powder, Chinese alias: Clenbuterol for Clenbuterol; scientific name: Clenbuterol hydrochloride; an asthma drug with molecular formula C12H18Cl2N2O and molecular weight of 277.19, Boiling point is 404.9 ± 40.0 °C (760 mmHg), melting point is 161 °C, soluble in water, ethanol, slightly soluble in acetone, insoluble in ether. This product is an adrenaline bronchial antispasmodic drug. It has good selectivity for the stimulation of bronchial smooth muscle β2 receptors, and the intensity of bronchodilator expansion is 100 times that of Shuchuanning. For the treatment of bronchial asthma, asthmatic bronchitis, etc.

Rarely, mild palpitations, finger tremors, dizziness, etc., can usually relieve themselves during medication. In recent years, it has been found that adding clenbuterol to feed can promote animal growth and increase the lean meat ratio of livestock and poultry, so it is called lean meat essence. Poisoning can be caused by consuming the internal organs or meat of animals that contain residual lean meat.

Clenbuterol hydrochloride, also known as "lean meat powder", is an antiasthmatic drug. Clenbuterol is a β2 receptor agonist, a pseudoadrenergic drug, which is well absorbed in livestock and humans, and has higher bioavailability compared to other β-stimulants. There have been incidents of poisoning of pork containing clenbuterol. Since September 10, 2002, the use of clenbuterol in feed and animal drinking water has been banned in China.

In recent years (2011), poisoning incidents caused by consumption of foods contaminated with clenbuterol have repeatedly occurred, with extremely serious consequences, which has drawn great attention from countries around the world. In order to ensure the quality and safety of livestock products and protect human health, many countries have banned the use of clenbuterol in the production of food-borne animals. The US Food and Drug Administration (FDA) has classified clenbuterol in meat Residue is a mandatory inspection item, and the EU is strictly forbidden to add "lean extract" drugs to feed. Although China proposed to ban the use of clenbuterol drugs in 2000, the use of clenbuterol in animal husbandry is still banned.

Salbutamol, a short-acting β2 adrenergic receptor agonist, is used as an asthma drug, which can effectively inhibit the release of allergenic substances such as histamine and prevent bronchospasm. Adding a small amount of salbutamol to livestock feed can increase the lean meat amount, meat exchange rate and reduce fat of livestock, but its toxicity is much higher than that of ractopamine with the same function. For bronchial asthma, asthmatic bronchitis, bronchospasm, emphysema and other symptoms.

Salbutamol sulfate is suitable for bronchial asthma, wheezing bronchitis, and emphysema, etc. It can be used for aerosol inhalation, and can be administered orally to prevent seizures.

It is used for the treatment of asthmatic bronchitis, bronchial asthma, and emphysema caused by bronchial spasm. It is made by p-hydroxyacetophenone through chloromethylation, esterification, bromination, amination, and then hydrolysis, neutralization and hydrogenation.
It is used as lean meat in modern pork farming to increase lean meat production in pigs. Since 2002, it has been classified as a banned drug in the breeding industry and must not be added to livestock and poultry breeding. Note that salbutamol is currently not approved by the FDA for weight loss.
Obstetrics and gynecology has traditionally been used to treat preterm labor in clinical practice, but it has not been included in the drug label.

"Lean meat powder" does not refer to a specific drug, but is a generic name for a class of phenethanolamine compounds that promote protein synthesis and inhibit fat deposition. These include ractopamine, clenbuterol and salbutamol. Lean meat powderis banned in many countries because of its harm.
The ClEN + RAC + ASL Triple Test (Tissue/Urine) kit provided by BALLYA can effectively detect whether the video contains ractopamine, clenbuterol or salbutamol. This kit is not only simple to operate, but also has a short test time and high accuracy. Can ensure consumers Food safety.