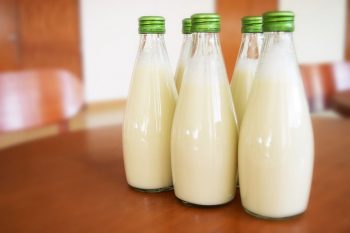 It is used to screen for the residues of β-lactams, aflatoxin M1, and tetracycline in raw cow milk, high-temperature sterilized milk and milk powder.

β-lactam antibiotics refer to a large class of antibiotics with a β-lactam ring in the chemical structure, including the most commonly used penicillins and cephalosporins in the clinic, as well as the newly developed cephamycins, thiomycins, monocyclic β-lactam and other atypical β-lactam antibiotics. Such antibiotics have the advantages of strong bactericidal activity, low toxicity, wide indications and good clinical efficacy. The chemical structure of this class of drugs, especially the changes in side chains, have resulted in many antibiotics with different antibacterial spectrum and antibacterial effects and various clinical pharmacological properties.

The action mechanisms of all β-lactam antibiotics are similar and can inhibit cell wall mucopeptide synthase.

Tetracycline hydrochloride is a broad-spectrum antibiotic, which has an inhibitory effect on most Gram-positive and negative bacteria, high-concentration bactericidal effect, and can inhibit Rickettsia, trachomavirus, etc. It has a good effect on Gram-negative bacteria. Its mechanism of action is mainly to prevent the binding of aminoacyl groups to ribonucleosomes, to prevent the growth of peptide chains and protein synthesis, thereby inhibiting the growth of bacteria, and also has a bactericidal effect at high concentrations.

Aflatoxin is a relatively strong carcinogen, aflatoxin m1, which is also a structurally similar compound belonging to aflatoxin.
This aflatoxin m1 may be produced in some animal feeds or in foods in humid areas, which is also classified as a carcinogen of Class 2b by the World Health Organization.

The toxoid is a metabolic product produced by the common Asperillus Flavus and Asperillus Parasiticus. Among them, aflatoxin B1 is the most important toxin. Mammals consume feed contaminated with AFB1 or after food, catalyzed by the liver microsome monooxygenase system in the body, and regulated by cytochrome P-448, the AFB1 terminal furan ring C-10 is hydroxylated to produce AFM1. AFM1 can also be directly produced by some Aspergillus flavus and Aspergillus parasite, but the ratio is quite low compared to other toxins (such as B1, B2, G1, G2).

The toxicity of AFM1 is mainly manifested in carcinogenicity and mutagenicity. Studies on the physiological carcinogenic mechanism show that: the distal furan ring epoxy structure of AFM1 covalently binds with DNA purine residues in the body, causing some damage to DNA, causing DNA structure and The functional change, which produces cancer, is basically similar to the carcinogenicity of AFB1, but the toxicity is lower than AFB1. However, compared with potassium cyanide and arsenic, it is still a particularly highly toxic substance and a strong carcinogen.