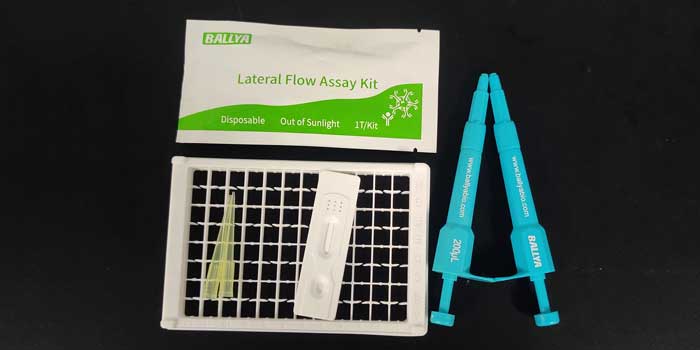 What is BALLYA Alkali Test?

The alkaline opposite is acidic. Acid is a collective name for a class of compounds.
The narrow definition of acid in chemistry is the compound in which all cations ionized in aqueous solution are hydrogen ions.
The broad definition is: a substance that can accept an electron pair.

Alkali in water refers to scale in tap water. It refers to white lumps or powders that gradually form minerals attached to containers (such as pots and pots) after boiling in hard water. The main components are calcium carbonate and magnesium carbonate. Calcium sulfate, magnesium sulfate, calcium chloride, magnesium chloride, etc. The thermal conductivity of scale is very poor. If the scale formed in the boiler is too thick, the efficiency of the boiler will be reduced, and the heavy boiler will cause the boiler to burst and cause a boiler accident.

Under the action of microorganisms, milk is prone to rancidity. In order to cover the rancidity phenomenon, some illegal operators will add a certain amount of edible alkali to milk.

The disadvantage of edible alkali is that it has a strong destructive effect on vitamin B1, B2 and vitamin C in food, and it will affect the absorption and utilization of certain minerals by the human body. May also cause milk alkali syndrome.

Edible alkali is not a seasoning, it is mainly used to neutralize the acid produced by the fermentation of the dough yeast. In individual cases, it can be used as a food loosening agent and meat tenderizer to make dry raw materials quickly rise and soften fibers. Appropriate use can bring excellent color, fragrance, taste and shape to food to enhance people's appetite.
Alkali is widely used in food processing such as noodles, bread, steamed bread, etc.

The effect of Edible alkali

1. Microorganisms will generate acid during the process of making noodles, and the dough will become sour after the dough is initiated. Food alkali (carbonate) must be added to react the acid to make delicious noodles;
2. Alkali can neutralize the organic acids or sulfides that adhere to dark green vegetables due to the excessive spraying of pesticides, thereby preserving the original color of the vegetables and removing the pollution of the pesticides to the vegetables;
3. Alkali has a strong degreasing effect, which can remove excess oil on the raw materials of oily dry goods;
4. Alkali can release niacin that is not easily released in corn, so that people who eat corn for a long time will not suffer from mange disease due to the lack of niacin in corn;
5. The disadvantage of alkali food is the vitamin b1 in food. B2 and vitamin C have a strong destructive effect, and at the same time affect the body's absorption and utilization of certain minerals, so they should not be abused.

Milk alkali syndrome refers to a group of clinical symptoms such as hypercalcemia, alkalosis, and varying degrees of renal function damage caused by long-term consumption of a large amount of milk or calcium, and taking a large amount of absorbable alkaline agents. In the past, it mostly occurred in the medical treatment of patients with peptic ulcer. Due to the improvement of treatment drugs and protocols, the symptoms are now rare.
People who have been on an alkaline diet for a long time are at higher risk.

It is mainly manifested by hypercalcemia, alkalosis and soft tissue calcium deposits caused by muscle weakness, loss of appetite, nausea and vomiting, polydipsia, weight loss, headache, dizziness, lethargy, and renal colic. May be complicated by peptic ulcer, urinary system infection, renal failure and so on.

According to the characteristics of the disease course, it can be divided into three stages:
1. Acute phase (Mcmillan syndrome)
After eating milk and taking a large amount of easy-to-absorb alkali for one week, he developed symptoms, but there was no eye involvement. After stopping milk and alkali, symptoms often subsided quickly and renal function also recovered.
2. Subacute phase (Cope syndrome)
Banded keratopathy and combined membrane microsomes can also cause calcium deposits in soft tissues throughout the body. Symptoms can gradually disappear after taking milk and alkalis, and renal function recovers slowly, but it can fully recover.
3. Chronic phase (Burnett syndrome)
Symptoms were further aggravated, soft tissue calcium deposits were extensive and severe, and renal function damage was obvious. Blood calcium could be reduced to normal after stopping milk and alkali, but renal insufficiency could not be fully recovered.

Treatment involves stopping patients from taking any calcium supplements and any other alkaline agents and hydration they have been taking.
In severe cases, hospitalization may be required, in which case saline can be injected intravenously.
If renal failure worsens, treatment is needed, which is chronic dialysis.

What specimen can be detected by BALLYA Alkali Test?

To protect human have health food and avoid contaminated food. The Alkali is harmful for human being, can not take too much in body.

How to use BALLYA Alkali Test?

1. Take milk specimen or dairy product specimen
2. Add the supernatant to cassette
3. Wait for 15 minutes to result
4. For details of operation, refer to the kit instruction

BALLYA Alkali Test is a qualitative test kit. It’s only for screening purpose. If have positive cases or suspected case, maybe use other detection method to make a further detection, such as, ELISA, PCR, qPCR, etc.

In recent years, with the adjustment of the agricultural industrial structure and the continuous improvement of people's living standards, the dietary structure of citizens has changed greatly. In particular, the consumption of milk has grown rapidly, and dairy processing enterprises have shown prosperity. The competition for milk sources also continues to occur, which provides a breeding ground for adulteration of milk in some illegal traders. In order to cover the deterioration of milk, some illegal traders add a certain amount of edible alkali to milk. Even if it is edible alkali, excessive absorption is not good for the human body.
In order to detect whether alkali has been added to milk, BALLYA has independently developed an BALLYA Alkali Test. The test results comply with national and EU standards. The test time is less than 15 minutes, and operation is simple and people can complete it at home.